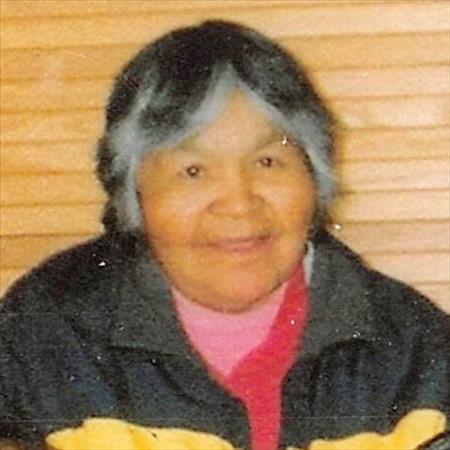 Mary Lou "Tiny" Basswood, 73, resident of Ponsford, died Tuesday, June 21, 2016 at Essentia Health in Fargo. Funeral Services for Tiny will be held Monday, June 27 at 11AM in Old Pine Point School, Ponsford. Visitation will be held on Sunday starting at 4pm in the Old Pine Point School and continue one hour prior to services on Monday. Interment will be held in Breck Memorial Episcopal Cemetery, Ponsford. Mary Lou Basswood, known to everyone as "Tiny" was born November 24, 1942 in White Earth, MN to Albert and Anna (Rice) Basswood. She grew up and attended school in Pine Point. After school she attended Detroit Lakes Vo-Tech earning a certificate in sign lettering and design. Tiny was a bus driver for Circle of Life School in White Earth and also worked for Shooting Star Casino in Mahnomen in general maintenance. Tiny enjoy playing softball with her friends and also participated in league bowling. She loved playing bingo, watching WWE Wrestling, Days of Our Lives and following the Minnesota Vikings and Twins. She is survived by her children: Barbara (Clarence) Basswood of Ponsford and Norman Basswood of Ponsford along with brothers: Albert Basswood Jr, Delmar (Gina) Basswood both of Ponsford and sisters: Margaret Basswood, Pat (Ed) Miller, and Richinda Rock all of Ponsford, and Debra Conklin of Detroit Lakes along with six grandchildren; Amber, Crystal, Mary Jane, Anthony, Clarence and Dennis. 27 great-grandchildren. She is preceded in death by her parents, the father of her children, Norman Blakely, one daughter: Patricia Basswood, three sisters: Rosetta, Jennie and Doris and three brothers: Maynard, Richard and Rolland.

To order memorial trees or send flowers to the family in memory of Mary Basswood, please visit our flower store.