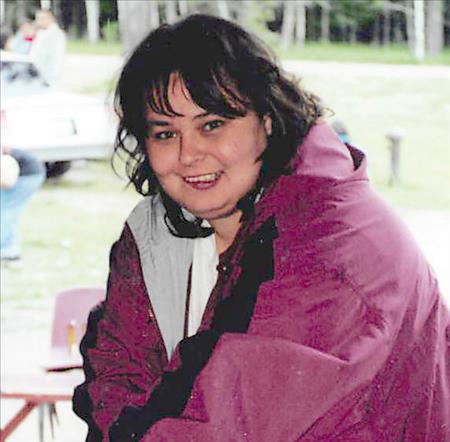 Mary Janelle Adams, age 39, of Park Rapids, MN, passed away on Saturday, November 19, 2016, in Little Falls, MN. A funeral service will be at 2:00 pm on Friday, November 25, 2016, at the Old Pine Point School in Pine Point, MN. A visitation will begin at 11:00 am on the day of service, at the school. A burial will follow at Breck Memorial Episcopal Cemetery. Mary was born on December 14, 1976, to Jan Hardman and Rexine Adams, in Minneapolis, MN. She grew up in Ponsford and attended school in Park Rapids. After school, she moved to Minneapolis and then St. Cloud where her daughter, Kasarra was born. A few years later she returned to Park Rapids, where she resided until her passing. Mary enjoyed spending time with her family and friends. She was a devoted daughter and mother who thought the world of them. She enjoyed watching crime mysteries on television. Mary was always laughing and anyone around her could share in her easygoing nature. Her outgoing personality made it easy for her to make new friends. She enjoyed going for walks as long as she had company. She was adventurous when it came to trying new things, especially new foods. She had a way of dealing with whatever obstacles that life presented to her. She enjoyed watching crime mysteries on television. She is survived by her mother, Rexine Adams of Park Rapids, a daughter, Kasarra Adams of Park Rapids; a brother, Gary Adams (Heather) of Park Rapids; a nephew, Troy Adams of Park Rapids. She is preceded in death by her father, Jan Hardman; her grandparents, John and Mary Adams; uncles, George Adams, Sullivan "Red" Adams; aunts, Darlene "Mindy" Robbins, Mary Jane Butcher, and Ginny Adams.

To order memorial trees or send flowers to the family in memory of Mary Adams, please visit our flower store.