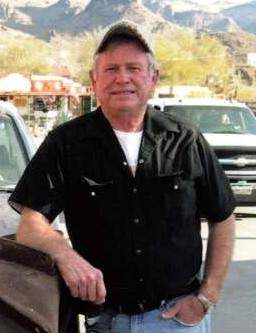 Marvin “Whitey” Vareberg, 85, of Detroit Lakes, passed away at his home on Wednesday, November 18.  A Celebration of Whitey’s life will be on Saturday, November 28, 2020 at David-Donehower Funeral Home at 11am, visitation will be one hour prior to the service.  For all those that are unable to attend, the service will be live streamed at www.daviddonehower.com . The family is also planning another Celebration of Life in the spring that will be announced at a later time.

Marvin Eldean Vareberg was born on August 8, 1935, in Detroit Lakes, MN to Martin and Lucille (Boddy) Vareberg.  He grew up and attended country school in Detroit Lakes and then attended Detroit Lakes High School.  While attending high school, he was told by his Principal, that he would be better at serving his country.  So on February 16, 1954, Whitey enlisted in the United States Army, and was honorably discharged on February 15, 1956.  After returning from the military, he moved back to Detroit Lakes, where he married Diane Stenger.  The couple had seven boys, and one girl. The couple later divorced.  On May 3, 2002, Marvin married Darla Donley in Las Vegas, NV.

Marvin was a very hard worker who worked various jobs an owned several businesses throughout his life. His favorite job was with Schwerman Trucking in Prior Lake, MN driving truck and later working as their safety manager.  After moving back to Detroit Lakes, he owned and operated Vareberg Well Drilling for 32 years. Whitey also owned American Gas Company from 1992-1997, DM Dust Control, and also DM Propane from 2002-2017, until his retirement in March of 2017.  He continued to miss seeing all his customers and after retiring he realized how much those customers were really missed.

In retirement, he enjoyed being home where he could watch the birds and squirrels; watch his favorite Fox News, especially during the election where they covered his favorite President Trump with an EJ in his hand.  Marvin spent his winters in Lake Havasu, AZ but loved to come back to Detroit Lakes where he could socialize with old friends over coffee or a cocktail.  Marvin’s greatest joy was being with his family and his beloved pug dogs Frankie and Max.  Frankie never left his side and the dogs were loyal until Marvin had to leave them behind.

He is preceded in death by his parents Martin and Lucille; father in-law Glenn Donley; brother in-law Eddie Berns and his beloved pets Pugsy and Shadow.

To order memorial trees or send flowers to the family in memory of Marvin Vareberg, please visit our flower store.