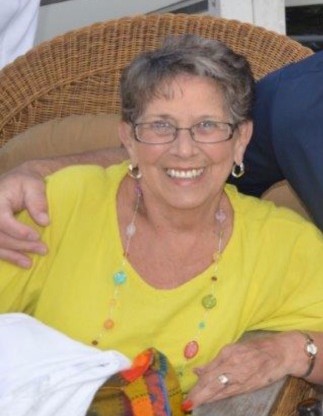 Memorial Service for Marlys will be held this Friday March 1 at David - Donehower Funeral Home, 609 Highway 10 E, Detroit Lakes, MN 56501.  Visitation will begin at 4pm with the service following at 5PM.  Visitors are welcome to join the family for dinner immediately after the service to celebrate the life of Marlys.

Marlys Jean Christenson was born November 12, 1936 in Barrett, MN to Arnold and Gladys (Larson) Christenson.  She attended school in Nevis, MN, graduating in 1954.  On July 23, 1955, Marlys was united in marriage to Richard Bodem. During her working career, Marlys was employed at Honeywell and for over 20 years she worked at Starky Labs in Minneapolis where she retired in 1999.  Marlys loved a good fish fry.  She loved socializing with people and always carried a positive view on life.  She enjoyed playing cards and was competitive in doing so because she played for “keeps”.  If you missed a move, she would capitalize on it. Marlys’ family meant the world to her; she truly enjoyed spending quality time with all of them. During the summers, Marlys and Richard enjoyed living in the lakes area and tending to their vegetable gardens.   Marlys’ family will miss her Sunday phone calls and her smile that would always light up the room.

The family would like to thank Lincoln Park Assisted living staff and Red River Valley Hospice  for the loving care given to Marlys at the end of her life.

In lieu of flowers, memorial contributions are preferred to Hospice of the Red River Valley, 1111 US Hwy 10, Detroit Lakes, MN 56501.

To order memorial trees or send flowers to the family in memory of Marlys Bodem, please visit our flower store.
Open