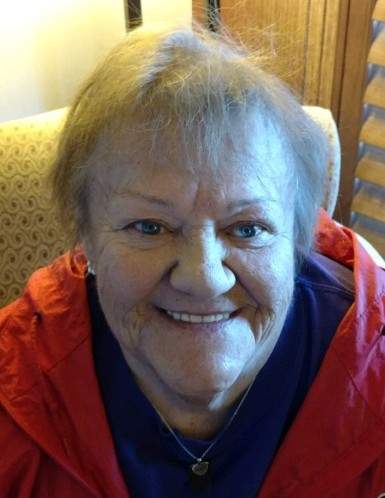 Marlene Rae Andring, 78, died peacefully on August 18, 2017, at her home in Detroit Lakes, surrounded by her family.

Marlene was born November 26, 1938, in Calumet, Michigan, the daughter of Harold O. and Alberta M. Smith.  The family relocated to Detroit Lakes in 1952, and Marlene graduated from Detroit Lakes Community High School in 1956.

Marlene met Lyle E. Andring in 1957, and after a “long engagement” of 3 weeks, they were married at Holy Rosary Catholic Church on July 12, 1958.  After traveling for work for several years, they chose to make Detroit Lakes their home.  Together they raised seven children.  Marlene enjoyed helping her kids in school by serving as a room-mother for all of them.  She was also the secretary of the PTO for a time.  In addition to being a homemaker, Marlene joined her husband in the ownership and operation of All Star Cleaning Service.

Marlene was a member of Holy Rosary Catholic Church.  She enjoyed sewing, reading, crafting, cross-stitching, puzzles, and playing cards.  Her unique sense of humor and her outgoing personality were gifts enjoyed by many.

She is preceded in death by her mother, Alberta; father, Harold; and husband, Lyle.

To order memorial trees or send flowers to the family in memory of Marlene Andring, please visit our flower store.