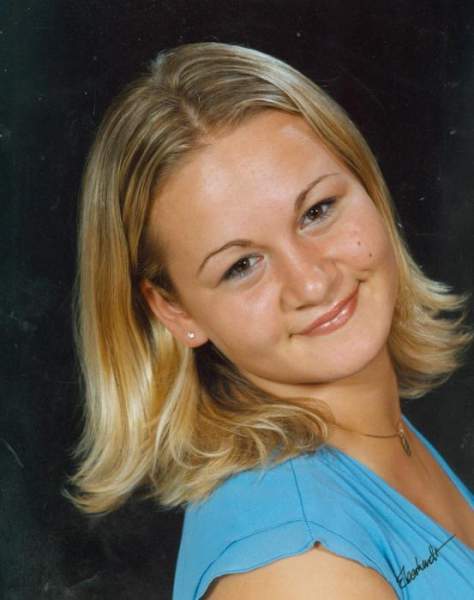 Marissa's Service will be held at the David-Donehower Funeral Home on Wednesday, June 13 at 2:00 PM. Visitation is Tuesday, June 12 from 5pm-7:30pm at the Funeral Home. Interment is at the Oak Grove Cemetery in Detroit Lakes.

Marissa Alexandra Pederson was born on May 30, 1984 to Georgetta Chimiack in Moldavia, Romania.  On May 21, 1991, Marissa and her sister, Johanna were adopted by Diane Pederson who lived in Anchorage, AK.   After being adopted in Romania, the family spent their first year in Detroit Lakes, MN where Diane’s parents lived.  They then moved back to Alaska and lived there until 1998 before settling back in Detroit Lakes.  Marissa graduated from Detroit Lakes High School in 2003.  She attended Northwest Technical College in Detroit Lakes and graduated with a degree in Early Childhood Education.   Marissa taught Head Start in Waubun and found that teaching Pre-School was her lifelong passion. She spoke fluent Ojibwa and taught her students songs and language.

Although Marissa was only 34 years old, she lived a very full life.  She was active in sports and loved to have a good time.  She also enjoyed  playing poker and cribbage.   In high school, she played hockey, volleyball and took figure skating lessons. Her summers were filled with golf, softball, fishing, tubing and boating around area lakes and during the   winters she loved to go snowboarding.  Her wonderful, generous  personality and beautiful sense of humor made it easy for Marissa to make friends. She was considered a second “Mom” to the children of her close friends.   In 2015, Marissa was diagnosed with cervical cancer. This began the many treatments at the University of Minnesota.  After battling cancer for two years, she moved to Ecumen’s Transitional Care under care of Hospice of the Red River Valley.  The wonderful care she received from Ecumen and Hospice staff will forever be remembered.

Marissa will be remembered and deeply missed by her mother, Diane  Pederson, her sister, Johanna, uncle Jeff Pederson, two aunts: Teri and Molly, grandmother; Eileen along with several cousins and many dear friends.

She is preceded in death by her grandfather, Arthur Pederson, one uncle, Douglas Pederson, her biological mother, and close friend Mario DeGracia.

Blessed be the Memory of Marissa Alexandra Pederson

To order memorial trees or send flowers to the family in memory of Marissa Pederson, please visit our flower store.