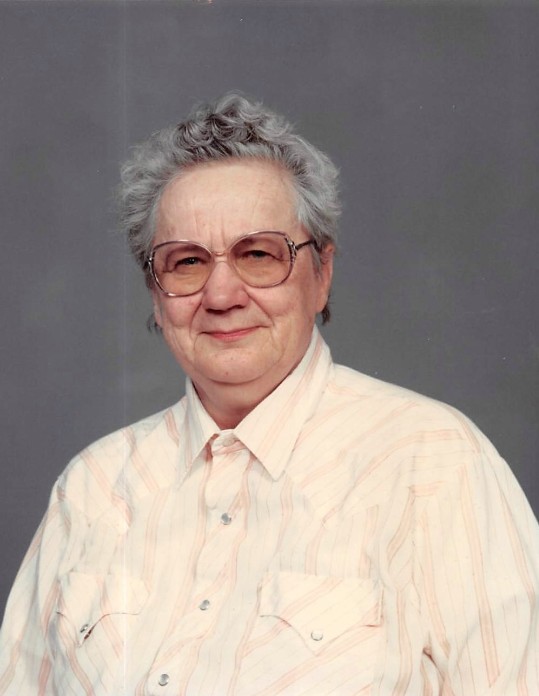 Memorial Services for Marion will be held in the spring.

Marion was born April 9, 1924 at home by Detroit Mountain to Joseph and Frances Zayic.  She had seven brothers and two sisters who all preceded her in death.   At the age of 8 Marion and her family moved to a farm near Ogema, MN.  Her father left the family short after and was not heard from for 22 years.  Marion’s mother raised the family by herself.

Marion finished 7th grade, then stayed at home to help farm.  She tended to cows, horses, pigs, hens, ducks and geese, along with the gardening and field work.  In 1935, family life started to change.   One brother was married, two brothers were drafted into the Army at the onset of WWII, one of Marion’s sisters moved to California, and her other sister was married.  Three of her brothers were in an institution at a young age.  In the early 1960’s, Marion started to work for Swift’s in Detroit Lakes and retired in 1986.   In 1988, she moved from Ogema to Jim Zayic’s property in rural Frazee, MN.  She lived in a home prepared by her nephews, Jim, Ron, Dave and Den Zayic.  Marion resided there until she moved into the Frazee Care Center in 2014.  She enjoyed her stay at the Care Center and always said she felt safe and secure.

Marion was always a country girl at heart.  Her nephew Jim always remembered how she loved to mow grass. (Sometimes three times a week when dandelions popped up).  Our family can still hear her laughter above the sound of a riding lawn mower at full throttle.

May God Bless you Marion and wonderful memories you have left to all of us.

In addition to her parents and nine siblings, Marion is also preceded in death by three nieces, one grand-niece and one grandnephew.

She is survived by three nieces, nine nephews and several grand nieces and grand nephews.

To order memorial trees or send flowers to the family in memory of Marion Zayic, please visit our flower store.
Open