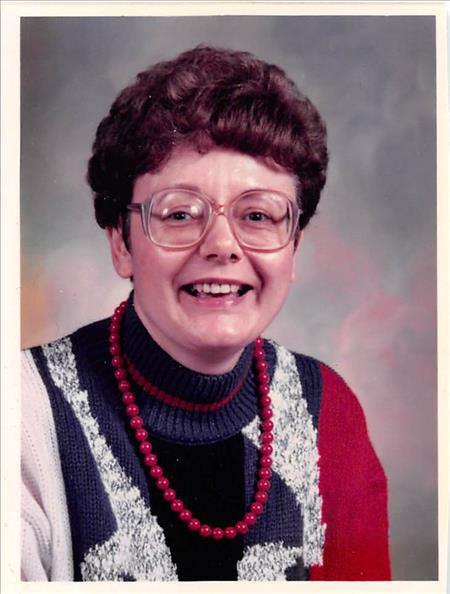 Margaret A. Wallace, 79, Frazee, MN, died Tuesday, January 24 at Ecumen-Emmanuel Nursing Home in Detroit Lakes. Memorial Services for Margaret will be held Friday, January 27 at 11AM in David Donehower Funeral Home, Detroit Lakes. Visitation will be held one hour prior to services. Margaret Ann Walz, known to many as "Mutzy", was born January 20, 1938 in Detroit Lakes, MN to Norman and Kathryn (Fasching) Walz. She graduated from Detroit Lakes High School in 1956. She continued her education at Moorhead State earning a Bachelor's Degree in Education. On December 26, 1959 Margaret was united in marriage to Donald Wallace at Holy Rosary Catholic Church in Detroit Lakes. Her first teaching job was in Park Rapids where she taught 3rd Grade from 1959-1964. She then accepted a position at the Frazee Elementary School teaching 3rd Grade from 1964-1994. Not having any children of her own, Margaret always considered her students her children. She was always preparing crafts and other various projects to engage her students, making their learning experience as rewarding and fun as possible. During retirement, Margaret loved spending her summer days overlooking Lake Seven, pontooning, and spending time with family and friends. She enjoyed watching "Days of Our Lives", listening to country western music and reading a good book. Margaret is survived by her husband, Donald of Frazee, MN, six siblings: Mary Kay (Vern) Isaacson of Pelican Rapids, MN, Frank (Alice) Walz of Andover, MN, Tom (Betty) Walz of Forest Lake, MN, Louise Borstad of Annandale, MN, Polly (John) Morris of Fountain Hills, AZ and Bill (Cindi) Walz of Eden Prairie, MN, one brother-in-law: Ken (Betty) Wallace of Frazee, special niece: Rebel (Archie) Stiyer of Callaway along with many other nieces and nephews. She is preceded in death by her parents.

To order memorial trees or send flowers to the family in memory of Margaret Wallace, please visit our flower store.