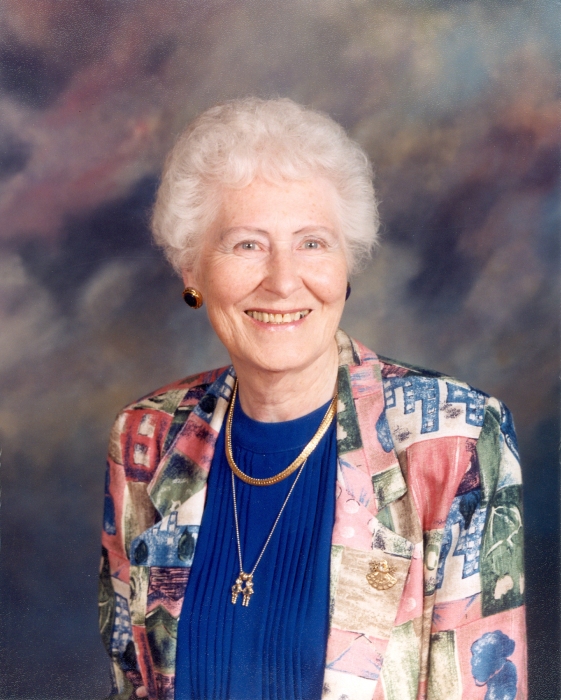 A funeral service will be at 11:00 am on Monday, July 24, 2017, at Zion Lutheran Church in Detroit Lakes, with a visitation one hour prior.  A burial will follow the service at Oak Grove Cemetery.

Margaret was born on March 25, 1925, to George and Geneva (Joy) Sloan in Detroit Lakes.  She was the second of seven children.  She attended school in Detroit Lakes through the 12th grade.  During high school, Margaret began working at the Luxury Ice Cream Shop in Detroit Lakes.  She continued to work there after graduation, which is where she met Curt (Neil) Krenelka, a frequent customer.  The couple were married in 1944 and blessed with two girls, Pam and Carol Ann.  Margaret went on to work for Swift and Company in the accounting department, where she worked for the next 18 years.  She then worked for Stenerson’s Lumber Company, where she worked in the office for approximately ten years.  She also worked for Rossman Elementary, as a noon duty supervisor, for another ten years.

Margaret was passionate about volunteer work and volunteered for St. Mary’s Hospital in 1997, when she joined the Auxiliary and became a member of the Flower Committee.  She accumulated over 1,200 hours of volunteer work in her 18 years with St. Mary’s.  Margaret also volunteered for her church, Zion Lutheran, where she was the choir director for 18 years.  She also served on the Alter Guild, the Wedding Committee, worked in the office, and at funerals.  Margaret served, for twelve years, at the Food Pantry and for two years at the Nutrition Center.

Margaret enjoyed hosting her circle and bridge friends at her home.  Her hands were never idle and she enjoyed sewing, knitting, and crocheting.  She could often be found doing a crossword puzzle.  She also loved baking and experimenting with new recipes.  She and Curt enjoyed traveling out West on summer camping trips and after he passed, she traveled the U.S. and abroad.  But her greatest joy was the time spent with her family and her grandchildren and she cherished them all.

She is preceded in death by her husband, Curt; her parents, George and Geneva; and two sisters, Rosie Wallgren and Adeline Gordon.

In lieu of flowers, memorials are preferred to: Hospice of the Red River Valley and Ecumen Foundation.

at Zion Lutheran Church in Detroit Lakes, with a visitation one hour prior.

A burial will follow the service at Oak Grove Cemetery.

To order memorial trees or send flowers to the family in memory of Margaret Krenelka, please visit our flower store.