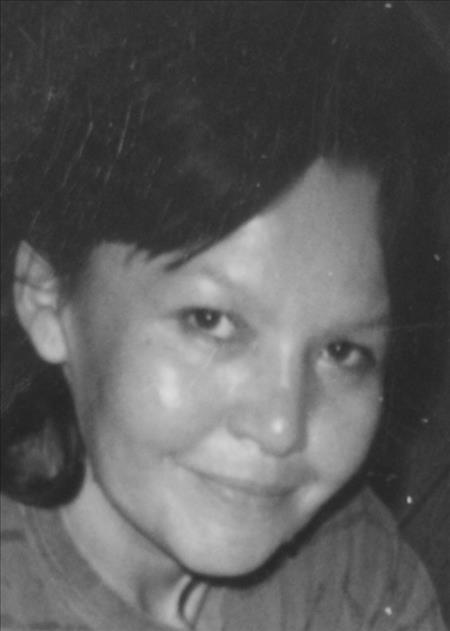 Margaret "Mugs" Bloom Barten, age 61, of Park Rapids, MN, passed away on Tuesday, June 13, 2017, at her home under the care of St. Joseph's Hospice. A funeral service will be at 11:00 am on Tuesday, June 20, 2017, at the Old Pine Point School in Pine Point, MN. A visitation will begin at 4:00 pm on Monday, June 19, 2017, with a prayer service at 7:00 pm, at the old school and will continue until the time of the funeral service. David Donehower Funeral Home is assisting the family with arrangements. Margaret was born November 14, 1955, to Alvin and Theresa (Lussier) Bloom in Red Lake, MN. As a young woman she met Walter Butcher and they had three children. She went on to marry David Eischens Sr. and they had four children together. On November 15, 2002, she entered into her second marriage with Lynn Barten, to whom she would spend her remaining years. Margaret enjoyed playing Bingo, baking and cooking, rummage sales, and an occasional slot or two. But most of all she loved spending time with her family and being with her children and grandchildren. She was a very caring and generous person who will be missed dearly. She is survived by her husband, Lynn; her children: Allen Bloom Sr. of Ponsford, Brian Bloom of Ponsford, Michelle (Delvin Keezer) Bloom of Park Rapids, Davey (Shawna) Eischens of Osage, Eric (Candace) Eischens of Ponsford, and Tammara Eischens of Ponsford; two sisters, Aluna (Delmas) Fairbanks of Ponsford, and Arlys Bloom of Ponsford; step-children, Dustin and Monica of Iowa; 17 grandchildren; Allen Bloom Jr. Of Detroit Lakes, Andrew Bloom and Matthew Schardin of Wisconsin, Tyson, Adam and Ariana Keezer of Park Rapids, Christopher Maki-Bloom of St. Cloud, Autumn Bloom of Menahga, Larissa Eischens of Osage, Devin Cournoyer French of Osage, Kayla and Sophia Eischens of Pine Point, Gabriela and Morgan Lague of Mahnomen, Sabrena Walker of Park Rapids; six great-grandchildren; and many other family and friends. She is preceded in death by her parents, Alvin and Theresa; two brothers, Terrance Bloom, and Alvin Bloom Jr.; an infant daughter; and Walter Butcher.

Continuing until the time of service on Tuesday

To order memorial trees or send flowers to the family in memory of Margaret Barten, please visit our flower store.