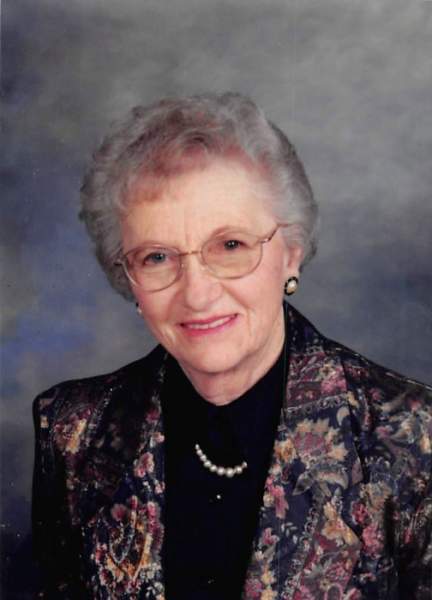 Mass of Christian Burial will be held Friday, January 19 at 1:30PM at Holy Rosary Catholic Church in Detroit Lakes.  Visitation will be held two hours prior to Mass.

Marcella Marie Eidenschink was born April 19, 1919 in Detroit Lakes, MN to George and Kathryn (Stein) Eidenschink.  She attended Erie Township Country School until the 8th grade.  After school she began working around the lakes area doing housework until 1938.  Marcella also worked for Swifts and Company for about five years before accepting a position with the Robert Hanna family as a governess for their two boys.  She loved spending winters with the Hanna family in Miami Beach, FL.   In 1941, Marcella met LeRoy Eberhardt at a Knights of Columbus dance in Fargo.   Marcella and LeRoy were united in marriage in 1942 and were blessed with four boys.  In 1944, LeRoy was drafted into the Army and served overseas for three years in the South Pacific.   They lived in the communities of Fargo and Moorhead upon LeRoy’s return from the military and moved back to Detroit Lakes in 1978.  Marcella volunteered her time with St. Mary’s Hospital in Detroit Lakes doing hair, she was very active in her children’s activities serving as “Den Mother” for Cub Scouts, driving her sons and team to Little League Games and ushering at concerts and plays at the Detroit Lakes Community and Cultural Center.    She was also very active at Holy Rosary where she sang in the choir, assisted with the Annual Festival and helped in the kitchen with funeral luncheons.  LeRoy passed away April 16, 1988.  Marcella enjoyed spending time with her family and grandchildren and was always grateful for the many blessings she had in life.

She is preceded in death by her parents, her husband LeRoy, two sons:  David and Roger, one granddaughter:  Tami Margotta along with nine siblings.

To order memorial trees or send flowers to the family in memory of Marcella Eberhardt, please visit our flower store.