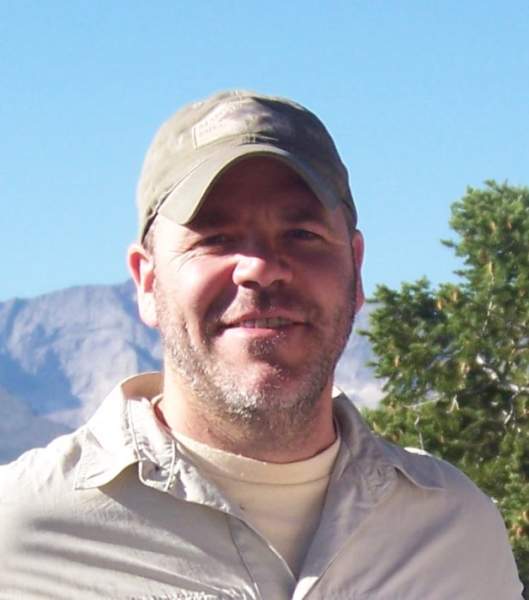 Mass of Christian Burial will be held Friday, August 10 at 4pm in Holy Rosary Catholic Church, Detroit Lakes.  Visitation will start at 2:30 and continue until the time of Mass.  Following Mass all are invited for pizza, fellowship and story sharing in the St. John’s Hall at Holy Rosary.   At 8:15pm all are invited to the Henderson residence for a paper lantern send-off in memory of Marc.

Marc Thomas Henderson was born June 4, 1968 in Wheaton, MN to Thomas and Linda (Michels) Henderson. Marc was two years old when his family moved to Detroit Lakes.  He attended school in Detroit Lakes graduating with the class of 1986.  A high school teacher of Marc’s once said, “Marc doesn’t need to worry about his future, he’s going to make it on his personality and great smile”.   After high school, he attended St. John’s University where he met Courtney Johnson.  Marc and Courtney were united in marriage December 2, 1989 at Holy Rosary Catholic Church in Detroit Lakes.   In 1991, they welcomed their first daughter, Sydney Lauren. In 1994, Marc graduated from Bemidji State University with a degree in elementary education. In August of that year, they welcomed their second daughter, Shea Savanna. Marc accepted his first teaching job in Red Lake. He later taught at Pine Point and then Frazee. In 2001, while teaching in Frazee, they welcomed their third daughter, Madison Paige.   Marc went back to school to complete his middle school endorsement in science and math.  In 2003, he was hired by the Detroit Lakes Middle School, teaching earth science and was now two doors down from his wife, Courtney. They spent the last 15 years teaching together. Marc always said he and Courtney had the perfect life…three beautiful daughters, a job working with his wife and the whole family on the same school schedule. In 2008, Marc completed his Master’s in Education through Hamline University.    For 23 years, Marc taught elementary and middle school students and impacted the lives of thousands of students. In March of 2017, he gained a son as Sydney and Gabriel were united in marriage. He was also blessed with three beautiful grandchildren:  Leah, Leala and Rowan. Marc treasured his family time and found such joy in nature, from hunting, fishing, camping, to spending time at the lake. His family was truly his pride and joy. Most men wouldn’t feel “at home” raising three girls, but Marc raised three beautiful women with ease. He was the unbiased listener and the glue that kept his family machine working so well. Over the last two years of his sickness, Marc never complained.  He said, “I feel it is my job to be a role model for kids at school and at home. I want to show that you can be dignified and graceful even in adversity”. His sense of humor, smile, and personality radiated to all those he met.  His love for teaching wasn’t just in the classroom. You would often find him teaching, not only his girls, but also other kids about hunting, fishing and enjoying nature. His love for music was evident, as Marc would constantly sing songs, often changing the lyrics to create his own parodies at the drop of a hat.  He was always jamming in the car while playing the drums on the steering wheel. He loved to wake up his girls with songs like; “Ballroom Blitz”, “Panama” and “Pour Some Sugar on Me”. If he didn’t feel like singing he was a trumpet or saxophone player at the crack of dawn in their rooms. The simplest things in life were what Marc treasured the most, from a walk in the woods, to having coffee in the backyard with his family. Marc will be forever loved by his wife, Courtney, along with his three daughters: Sydney (Gabriel) Maanibe, Shea Henderson and Maddie Henderson and his three beautiful grandchildren whom he adored: Leah, Leala and Rowan. Marc is also survived by his parents Tom and Linda Henderson, one sister:  Gail Henderson and her daughter Jaden, one brother: Greg (Anita) Henderson and their kids Ella, Blaine and Reed, brother and sister-in-law: Shaun and Mary Johnson and their kids Katarina, Genevieve and Serafina, brother and sister-in-law: Todd (Sabrina) Johnson and their kids Amarjit and Anton and his father and mother-in-law:  Terry (Audrey) Johnson.

He is preceded in death by his grandparents, Ron Henderson and Beryl Mickelson, step-grandfather, Jay Mickelson and grandparents, Bill and Loraine Michels.

In lieu of cut-flowers, Marc requested perennials, trees and shrubs that could eventually be planted throughout the community.

To order memorial trees or send flowers to the family in memory of Marc Henderson, please visit our flower store.
Open