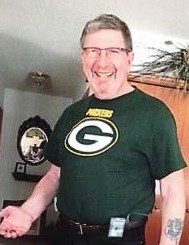 Lowell D. Moser, 76, Detroit Lakes, MN, died Thursday, November 28, 2019 at Ecumen-The Cottages in Detroit Lakes.  Funeral services will be 10:30 AM, Saturday, December 7 at David-Donehower Funeral Home in Detroit Lakes. Friends may call at the funeral home 1 hour prior to the service on Saturday.

Lowell Dean Moser was born October 19, 1943 in Detroit Lakes, MN to Albert and Ethel (Johnson) Moser.  He spent his childhood and early teen years on his parent’s farm, on what is now part of the Tamarac Wildlife Refuge – a place he loved, and hiked and hunted again in his retirement.  He attended Detroit Lakes Public Schools, relocated to Chicago and settled in Kenosha, WI where he worked for American Motors until being drafted into the U. S. Army.  He served with the Army in Vietnam.  Following his discharge, he returned to Kenosha where he was united in marriage to Lyda Cameron.  Lowell and Lyda had two children, Sally and Dean.  He became an iron worker and joined Local # 8 in Milwaukee and spent the bulk of his 35 year career working for Bane Nelson Construction of Kenosha.  Lyda preceded Lowell in death in 1981.  On March 3, 1992, Lowell was united in marriage to Mary Cummings of Detroit Lakes in Sisseton, SD.  In 1995, Lowell and Mary returned to the Detroit Lakes area.

In his retirement, he was engaged in numerous and varied activities, and, in addition to once again hiking and hunting in the Tamarac National Wildlife Refuge, he enjoyed fishing, gardening, bowling and daily exercise and activities at the DLCCC where he also enjoyed the company of the circle of friends that he met there.

Lowell was a kind, loving father, a fabulous husband, a die-hard Green Bay Packers fan and a fun, easy-going friend.

Survivors include his wife, Mary of Detroit Lakes, his children: Sally (Andy) Bernard of Vacaville, CA, Dean (Christine) Moser of Kenosha, WI, four grandchildren: Joshua Moser of Madison, WI, Ella, Avery and Creighton Bernard of Vacaville, CA, One sister: Lois Flatau of Rochert, MN and one brother: Daniel Moser of Detroit Lakes, MN and a sister-in-law, Barb Moser of Rochert.  In addition to his first wife, Lyda, he was preceded in death by his parents, a brother, Duane Moser and a sister, Joan Delp.

To order memorial trees or send flowers to the family in memory of Lowell Moser, please visit our flower store.