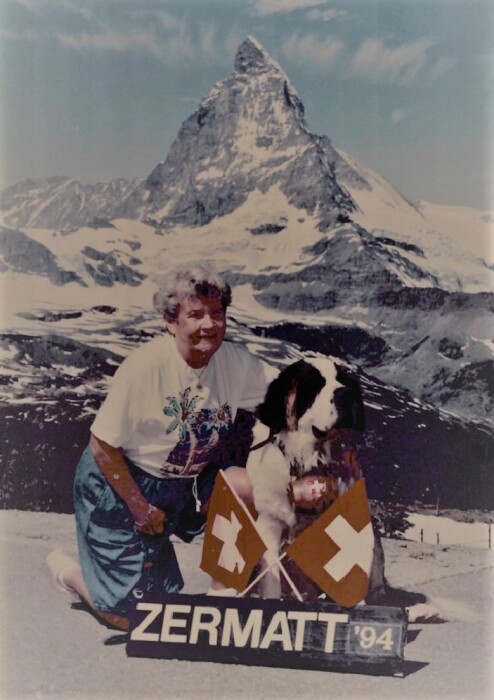 Lois was born in Chicago.  Her family moved to Wadena, MN when she was 1 year old.  Lois graduated from Wadena High School in 1950.  During high school Lois began a career with Northwestern Bell Telephone Company (Ma Bell) that lasted until she retired in 1992. Lois met Albert (Al) Thelen at the Leaf Lake Pavilion in 1948.  Lois and Al married in 1954 a few years after Al returned from the war in Korea.  Al died at home on March 29, 1988, from sudden cardiac arrest.

Lois and Al had three daughters, Susan (Patrick) Murray, Detroit Lakes, Beth Piemonte, Detroit Lakes, Brenda Thelen, Wadena and two grandchildren Flynn Murray, Bozeman, MT and Casey Murray, Four Corners, MT. In addition to her family, Lois was passionate about professional sports, cards, especially bridge, and the DFL.  Her favorite teams were the Vikings and the Twins, but she would watch any sport on TV.   Lois was considered a fierce bridge player even delving into the world of duplicate bridge.  She was an advocate for worker rights and a proud member of the Communication Workers of America, serving as a union steward at various times during her career. Al and Lois relocated with the Northwestern Bell over the years calling five communities home before settling in Detroit Lakes in 1968. Lois and Al enjoyed traveling and camping.  After Al’s death Lois volunteered for the League of Woman Voters, the Telephone Pioneers, and the Essentia Hospital gift shop in Detroit Lakes.  She also served as an election judge.  Lois loved engaging with others and appreciated the opportunities to volunteer. Lois had a flair for fashion which became more evident as she got older.  Ribbons, sequins, bangles of any sort and even feathers became everyday wear. Susan, Beth, and Brenda have fond memories of Christmas with Lois.  It was a special time for her.  She celebrated the entire season. Lois is remembered by Flynn and Casey as an awesome grandma who loved them unconditionally.

Lois is survived by her brother Robert Gouldin (Buzzy) Sturgis, SD and cousins, nieces, and nephews in MN, SD, and WY.  She was proceeded in death by her Dad and Mom, husband Al, and her Son-in-Law Steve Piemonte.

In lieu of flowers the family would appreciate donations to Hospice of Red River valley and the Alzheimer’s Association.

To order memorial trees or send flowers to the family in memory of Lois Thelen, please visit our flower store.