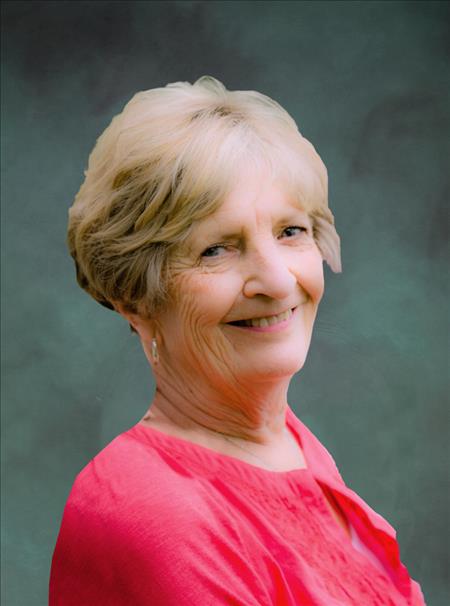 Lois Carolyn Lundmark, 76, resident of Detroit Lakes, MN, died Wednesday, February 15, 2017 at Ecumen-Emmanuel Nursing Home after spending a beautiful afternoon and evening with her children, singing, swaying to music, smiling and whispering to each how much she loved them.

Funeral Services for Lois will be held Monday, February 20 at 11AM in First Lutheran Church, Detroit Lakes. Visitation will be held Sunday, February 19 at David Donehower Funeral Home from 5pm-7pm. Visitation will also continue Monday at the church one hour prior to services. Interment will be in Oak Grove Cemetery, Detroit Lakes. Lois Carolyn Turnbloom was born April 5, 1940 in Duluth, MN to Warren and Florence (Stone) Turnbloom. She was raised and educated in Duluth, graduating from Central High School. On May 14, 1960 she was united in marriage to Richard Lundmark. They resided in Duluth where Lois worked for St. Luke's Hospital and later Bell Telephone Company.

In 1968, they moved to Albert Lea, MN. Lois dedicated her time to being the best homemaker for her four children. In 1972 Lois and Richard relocated to Detroit Lakes. With changes in Richard's employment, they returned back to Duluth for a few years and also lived in Des Moines, IA, and Waukesha, WI. Lois was an Avon representative from 1975-2013. During Christmas, Avon was the gift that kept giving as her children would often find them in Christmas stockings and on special occasions, but Lois was passionate about it and loved serving her clientele. She was a member of the Red Hats and First Lutheran Church for many years. In her spare time she enjoyed participating in bowling league and tending to her flower and vegetable gardens. She enjoyed exercising at Curves for Women and having lunch afterwards with her girlfriends. Lois was proud of her family and was always at her best when surrounded by her children and grandchildren. Lois displayed the poise, strength and resilience she often showed throughout life when given the news that her cancer was terminal but she did not let that overcome her spirited nature and sense of humor. She recently enjoyed a trip with her family that provided a lasting memory to be cherished forever. Lois was a devoted wife, mother and grandmother and will be dearly missed by her family and friends.

To order memorial trees or send flowers to the family in memory of Lois Lundmark, please visit our flower store.