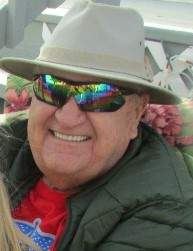 Leslie Alan Freiborg passed away peacefully on April 7, 2022 in Detroit Lakes surrounded by loving family.  Les was born on May 14, 1946 in Roseland Township, MN and married his high school sweetheart Lois Benson of Sacred Heart, MN on June 20,1965.  He began his career working at Ron Vick water skis but shortly after found his passion in sales – selling and servicing Xray equipment for Picker Medical for 18 years. He then moved to Territory Manager for Northern X-Ray Services, before ultimately starting his own company - Valley X-Ray in 1989.  Les was a hard worker and truly loved people.  He didn’t think of his job as work.  He got to spend his days chatting with Xray technicians, solving their equipment problems while often sharing hunting and fishing stories.

Though Les worked hard he loved spending time with Lois, his two daughters and his grandchildren.  He also managed to have a full lifetime's worth of hobbies including fishing, hunting, boating, sporting clay shooting, fine woodworking, and many years of flying RC aircraft he built along with drone flying.  He spent his whole life outdoors and has countless stories of those adventures.

Preceded in death by parents and brother, Roy Freiborg.

A Celebration of Life Open House will be held at David-Donehower Funeral, Detroit Lakes, MN on May 19, 2022 from 1pm-3pm.  The family invites you to join them in the chapel at 2:00pm to share stories you recall or to say a few words as we remember the good times we had with Les.

To order memorial trees or send flowers to the family in memory of Leslie Freiborg, please visit our flower store.