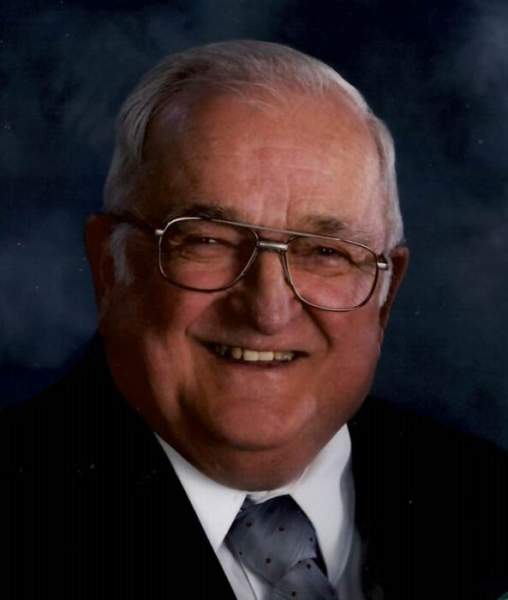 Leonard Vernon Kertscher was born on July 5, 1932 to Leonard and Anna (Larson) Kertscher in Detroit Lakes, MN. He was the fifth child of ten children.  Bucky went to school in Detroit Lakes, MN. On January 8, 1951 he enlisted in the United States Army as a paratrooper and was honorably discharged on January 8, 1954.  After his discharge, he attended the North Dakota School of Science in Wahpeton, ND for plumbing.

On June 30, 1956 he was united in marriage to Caroline Eiynck at St. Benedicts Church in White Earth, MN. The couple made their home east of Detroit Lakes, MN along the Ottertail River. The couple were married for 54 years and were blessed with six children.  Bucky was employed by the local 338 Plumbers and Pipefitters Union of Fargo, ND.  He worked in North Dakota, Wisconsin, Michigan, Iowa and Minnesota. He was always very proud of the buildings he had worked on, such as the sugar beet plant, St. Lukes Hospital, now Sanford Health Hospital, the Missile base and Coal Creek plant.

To order memorial trees or send flowers to the family in memory of Leonard "Bucky" Kertscher, please visit our flower store.