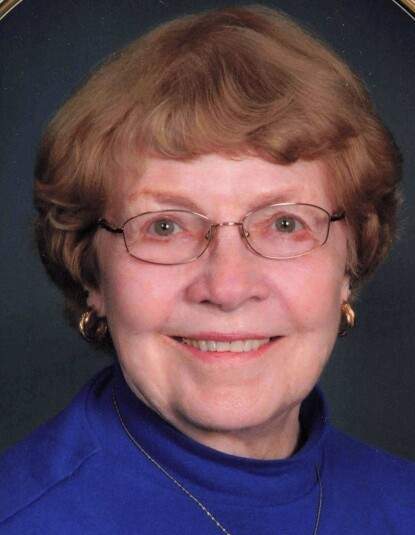 She was born in Zanesville, Ohio on December 10, 1928 to Peter and Myrtle (Broms) Baker.  She graduated from Wayzata High School and also the University of Minnesota with a degree in Occupational Therapy. She married James Goetz in 1952 and they moved to Wadena, MN where James opened an automotive dealership. They had four children Cindy, Ginger, Don, and Patty. After her children were grown she consulted for nursing homes as an Occupational Therapist.

In 1995, Bobbi and Jim retired to their lake home on Ottertail Lake. After Jim passed away, she continued to keep busy with church and community activities. She served on the Bell Hill Recovery Board of Directors for many years. In 2004, she married August Nelson who passed away the following year. She inherited six children from that marriage.

After suffering a major stroke in 2013, she moved to the Madison where she lived for the remainder of her life. She was a “ray of sunshine” to the residents and staff.

She enjoyed traveling, painting, and reading. Bobbi loved her Lord, her family and her friends. Most of all she loved her children and grandchildren.

Bobbi is preceded in death by her parents, Peter and Myrtle, her sister Dorothy Sweeh, her first husband James Goetz and her second husband August Nelson.

A private family service was held Thursday, June 11th at the David-Donehower chapel in Detroit Lakes, MN with burial following at the Wadena Cemetery in Wadena, MN.

The family would like to extend a heartfelt thank you to the staff at Hospice of the Red River Valley and Ecumen’s Madison and Transitional Care Unit for the wonderful care given to Bobbi.

To order memorial trees or send flowers to the family in memory of Leona "Bobbi" Goetz-Nelson, please visit our flower store.