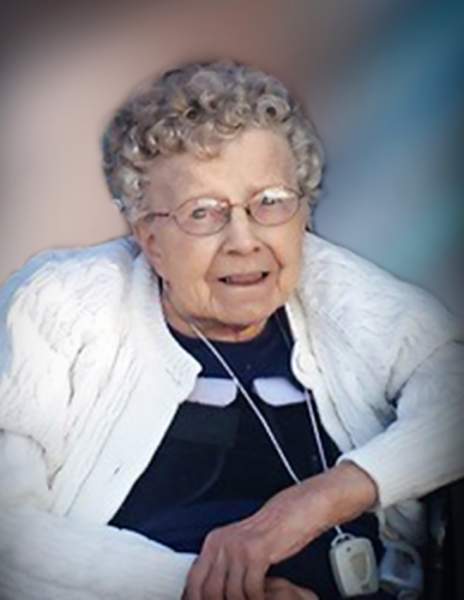 LaVon (Vonnie) Hanson, 86, passed into eternity of natural causes surrounded by her family on Saturday, February 22, 2020 at Ecumen Nursing Home in Detroit Lakes.

LaVon was born June 18, 1933, in Fargo, North Dakota, the daughter of Melvin and Alice (Peterson) Jaranson. Vonnie graduated from Central High School in Fargo in the class of 1951. In 1954, Vonnie married Richard Hanson in Fargo and they made their home in Detroit Lakes. This union was celebrated in June 2019 with their 65th wedding anniversary.

She loved the Lord and served him faithfully. She was a member of Lake Eunice Evangelical Free Church. Her heart was full of love for her family and friends. Well-liked by all because of her kindness and compassion. She was artistic, crafty and loved flower gardening. LaVon had many talents that she used working alongside her husband in their many business ventures. They owned and operated Hanson TV & Appliance for many years. Another long term venture was traveling the United States in connection with their rock and gem business.

To order memorial trees or send flowers to the family in memory of LaVon Hanson, please visit our flower store.