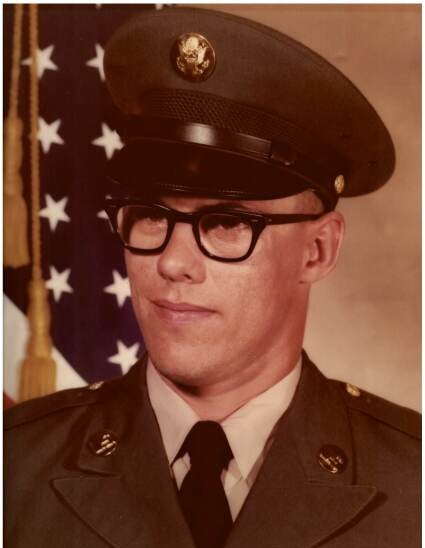 Larry J. Lachowitzer, 65, Audubon, MN, died Thursday, September 9 at his home surrounded by his family.  Graveside services will be held Saturday, September 25 at 2:00 pm at Holy Rosary Cemetery with Military Rites provided by the Lake Region Veterans Honor Guard.  A time of gathering will begin ½ hour prior to the service. A memorial potluck and celebration will be held following graveside services at Larry’s residence, 743 5th St, Audubon, MN.

Larry Joseph Lachowitzer was born February 13, 1956 in Detroit Lakes to Joseph and Alice (Eidal) Lachowitzer.  He is a 1974 graduate of Detroit Lakes High School.  Larry was united in marriage to Kathi Kooyer-Carden.  They later divorced.  He served with the U. S. Army 1976 – 1984.  During his working life, he drove pilot car for Dynamic Homes, drove for Gabor Trucking 1984 – 1992 and 14 years for Golden Ring Trucking.  He retired due to ill health.

Larry is survived by his daughter Laura Lachowitzer of Ashley, ND, 2 grandchildren Althea Jo Lachowitzer-LaBatte and Sullivan Rainbow Kerri Quarve; a sister Jane Garcia and a brother Dennis Lachowitzer; and his his life partner for the last 21 years Becky Johns.

Family is requesting memorials in the form of check or money order be sent in his name to Hometown Credit Union in Ashley, ND

To order memorial trees or send flowers to the family in memory of Larry Lachowitzer, please visit our flower store.