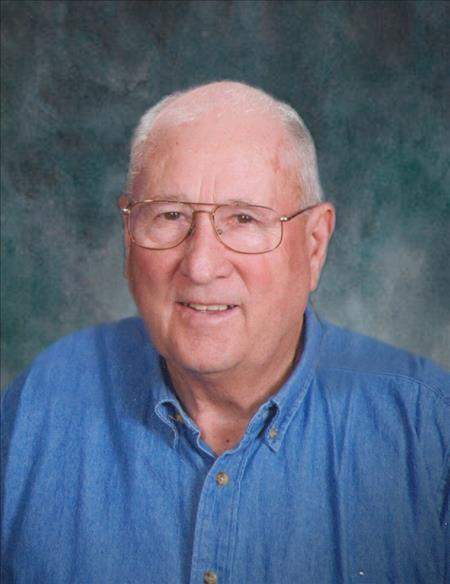 Larry was born on January 16, 1940, to Hugh and Olive (Evans) Jones in Ipswich, SD. He attended school and graduated from Ipswich High School in 1958. Larry was united in marriage to Jacqueline "Jackie" Ratzlaff on April 13, 1963, in Aberdeen, SD. He went on to study automotive body work at Southern State College in Springfield, SD. The couple then returned to Aberdeen where he worked for Johnson Motors in the auto body shop and as a car salesman. In 1978, he moved to Fargo, ND, and started working in automotive glass. He brought his knowledge of glass to Detroit Lakes in 1983, when he opened Lakes Glass; he moved there a year later. In 2005, he retired and sold his business. After a couple years of retirement he went back to work for People's Express and retired a second time in April of 2017.

Larry loved his tractors and enjoyed working on them. He collected cars and tractors and he had recently sold several of them. He and Jackie enjoyed driving their tractors in the fair parade from Adkins to the fairgrounds. Every fall he would travel to Dalton, MN, where he would take part in the Lake Region Threshers Reunion. Larry liked traveling to area auctions where he would find many of his cars and tractors. Larry enjoyed singing and while in Aberdeen, sang for the local funeral home. He was also part of a quartet and a trio at Zion Lutheran Church. Larry was the music leader for the Detroit Lakes Noon Rotary, and a Rotarian, from 1983 to 2005.

He is survived by his wife of 54 years, Jackie; a son, Clayton Jones of Detroit Lakes; a sister, Leann Fredrickson of Aberdeen, SD; and four grandchildren: Michaela, Shannon, Johnathon, and Tristan. He is preceded in death by his parents, Hugh and Olive;a sister, Denver Martin and a brother, Dale.

Time of gathering one hour prior.

To order memorial trees or send flowers to the family in memory of Larry Jones, please visit our flower store.