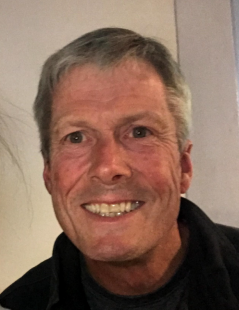 Kurt was born in Walnut Creek, CA to Dennis and Carol (Johnson) Johnson on March 12, 1961.  They later moved to Callaway, MN, where he grew up most of his childhood life and worked on his family’s bee farm.

Kurt graduated from Detroit Lakes High School, class of 1979, and continued his education at Moorhead State University graduating with a Bachelor’s Degree in Finance.  He married the love of his life, Rhonda Eidenschink, on September 20, 1986 in Detroit Lakes, MN.  After obtaining his degree, he and his family moved to Duluth, MN where he worked for many years at the Office of the Comptroller of the Currency as a Federal Bank Examiner and then as a Commercial Loan Officer at a non-profit organization. He currently worked at Menard’s where he enjoyed his work and co-workers.

Kurt loved working on the bee farm, hunting with his brothers, golfing, and meditating with Native American flute music.  Spending time with his grandchildren was his most joyful times.  He also loved spending time with extended families and friends.  Kurt volunteered with many organizations such as the Callaway Fire Department, Duluth Amateur Hockey Association, Duluth Lakers, Duluth Little League Baseball and The Hillsider newspaper.

He is survived by his wife Rhonda; daughter Nicole (Ross) Miller; son Ian; brothers Eric (Clare) Johnson, Greg (Daniela) Johnson and sister Erin (Dave) Norris; grandchildren Knox and Roman Miller and many nieces and nephews. He is preceded in death by his parents Dennis and Carol Johnson.

To order memorial trees or send flowers to the family in memory of Kurt Johnson, please visit our flower store.