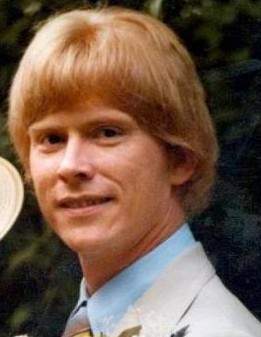 A Memorial service will be held on Wednesday, May 22, 2019, at 2 p.m. at the Cowboy Church in Detroit Lakes, MN.  Visitation will be held one hour prior to the service.

Kit Mathew Grove was born on November 7, 1951, in Fargo, ND to Arnie and Kathryn (Jacobson) Grove.  He was raised and educated in Fargo and is a 1970 graduate of Fargo South High School.  He served as Class President and was Valedictorian.  After high school, he attended Moorhead State University.  He left college to pursue his love of music. His first studio was in his parent’s basement.  He started his own recording studio “Audio Media” in the Fargo area.  It is here that he met the love of his life Pam. She came in to do some recording and he fell in love with her.

Kit was united in marriage to Pamela Edmunds, on June 29, 1980.  The couple moved briefly to California for Kit to work as a recording engineer for Disney. He recorded and edited children’s records.  The couple missed the beauty of home and moved back to Fargo, ND, and started building their dream log cabin in Detroit Lakes, MN.  Together the couple was in the Friendship band, they later created their own duo called Grove/Grove band. They traveled playing at numerous events and weddings. Also, during his working career he had started Kit Grove All Star Band, Kit Grove and the Talents Scouts.  The couples last job was doing Karaoke, then having a recording studio in their home.  In 2012, the couple had a devastating fire to their beloved log home that they had built. Around this time, Kit also began to have some health issues that forced him to retire in 2014.

Kit enjoyed building things, playing music, and driving around and looking at the natural beauty of the country, and spending time with his beloved wife Pam.

He was preceded in death by his parents and his six beloved cats.

To order memorial trees or send flowers to the family in memory of Kit Grove, please visit our flower store.