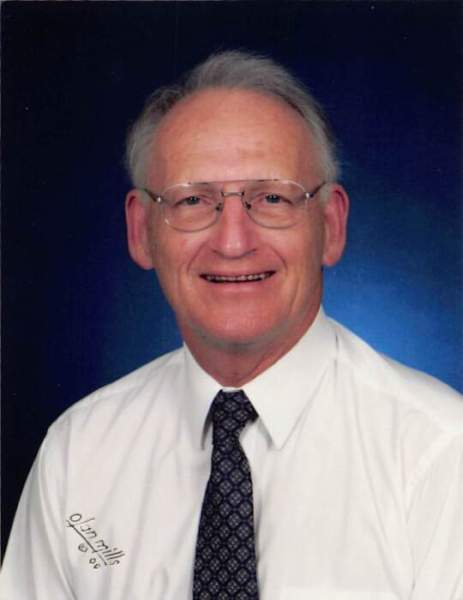 Kent Carlson was born on November 2, 1938 in Rockford, Illinois to Warren and Berniece (Paulson) Carlson.  He died suddenly on October 8, 2021 in Rochert, MN.

Kent grew up in Kirkland, Illinois where he was baptized and confirmed at First Lutheran Church.  For many years he played the piano for the Sunday services.  Since he lived so close to the church, he could hear the bells ringing indicating that the service was about to start. When the first bell rang he would make his run to the church so that by the time the last bell was rung he was on the piano bench ready to play.

Kent was active in High School sports, theater, and played the piano in the dance band called the “Stardusters”.  Around 1946, his family bought a new car, a Fraser, and that was the start of many fishing trips to White Earth Lake, Minnesota.  This was where Kent met his future wife, Connie Peterson.  Kent graduated as valedictorian from Kirkland High School in 1956.

Kent attended the University of Illinois, then in 1958 he married Connie and they continued their education at the University of North Dakota in Grand Forks, ND.  He earned a Bachelor of Science in Education from the University of North Dakota, a Master of Arts in Mathematics from Washington State University, Pullman, WA, and a Doctor of Philosophy in Mathematics from Montana State University, Bozeman, MT.  Dr. Carlson was a member of the faculty at St. Cloud State University (SCSU) for 32 years.  (1962–1964 and 1967–1997).  During this time, he served 9 years as the Chairperson of the Mathematics Department.  Kent helped to develop the Computer Science and Engineering Department at SCSU and was a charter member of Phi Kappa Phi and Pi Mu Epsilon.  In 1997, after living in Sartell and St. Cloud, MN for many years, they moved to Cotton Lake, Rochert, MN to enjoy retirement.

Kent had many interests and hobbies which included:  water skiing, scuba diving, fishing, snowmobiling, snowshoeing, hunting, trapshooting, motorhome trips to Montana, and playing the piano to name a few.

Kent obtained his pilot license and owned a Mooney M20E in which he flew all over the United States, to include 37 trips to Illinois to visit family.  As a member of the Central Minnesota Gun Club in St. Cloud, MN Kent was a member of the Minnesota All State Trapshooting Team for numerous years.  He also represented MN in the Grand American Trapshooting Championship in Vandalia, Ohio.

During retirement, Kent served as President of the Cotton Lake Association.  He spent many hours hiking and hunting grouse in the Tamarac National Wildlife Refuge with his hunting dogs Duke and Dan.

A private family service to celebrate Kent’s life will be held at Maple Cemetery, Kirkland, IL.  Memorials in Kent’s name may be directed to the Friends of Tamarac National Wildlife Refuge, 35704 County Hwy. 26, Rochert, MN. 56578 or a charity of your choice.

To order memorial trees or send flowers to the family in memory of Kent Carlson, please visit our flower store.