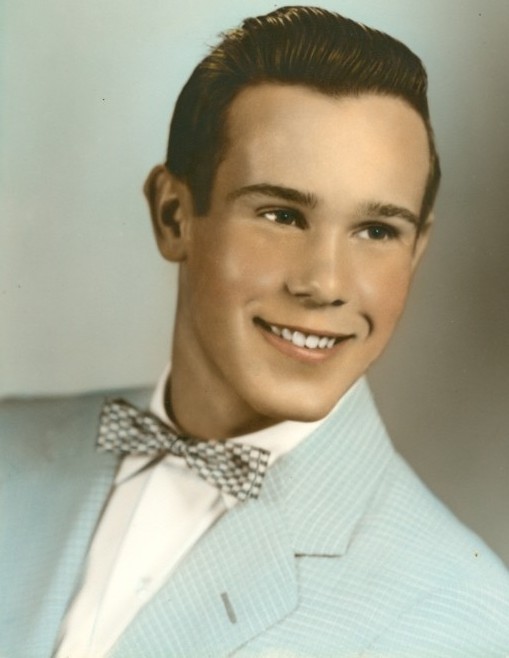 Ken was born April 11,1936 in Twin Valley, MN to Herman and Evelyn Yost. Ken attended Mahnomen High School where he excelled in sports, especially football, and graduated in 1954. Ken enlisted in the United States Air Force on January 7,1955 and proudly served our country for 20 years as an Airborne Radar Operator, until he was honorably retired in May of 1975.

After hitchhiking from California to Mahnomen, Ken married the love of his life, Luana Jean Skatvold, on St. Patrick’s Day 1956. They had six children during their 19 years of marriage. During that time, they made their home in Sacramento California, Sioux Lookout Ontario Canada, Homestead Air Force Base Florida, Murphy Dome Alaska, Opheim Air Force Base Montana, Finland Air Force Station Minnesota, and Havre Air Force Station Montana. Ken served in both Vietnam and Thailand. Upon his return, he moved his family to Calumet Air Force Station, Michigan. Following the unexpected passing of his wife, Ken moved his family back to his hometown of Mahnomen where he lived for the duration of his life.

He made his living as a self-employed wood refinisher and house painter. He enjoyed many years of deer hunting and fishing area lakes with family and friends. Ken loved to tell jokes and his personality came to life when interacting with his grandchildren and great-grandchildren, who lovingly referred to him as Grandpa Yoda and Papa Ken. He loved them dearly. Ken enjoyed lunch at the Red Apple Cafe and Burger Hut. Ken was very proud of the many military-related memberships he held. He was a member of the International War Veterans Alliance. He was a member of the Isaacson-Bjorge American Legion Post 31 of Mahnomen, MN where he served as Post Commander and where he enjoyed his morning coffee. Ken was also a member of the Veterans of Foreign Wars Post 1226 of Bejou, MN where he served as Post Commander. Ken was awarded the prestigious Minnesota all-state team Post Commander privilege in 1984.

In addition to his parents, he was preceded in death by his wife Luana, his brother Duane, and grandsons Parker and Joshua.

Our family would like to extend a heartfelt thank you to the caring staff at Oak Crossing Nursing Center/Cedar Ridge neighborhood and to Hospice of the Red River Valley for their compassionate care of our Dad.

To order memorial trees or send flowers to the family in memory of Kenneth Yost, please visit our flower store.