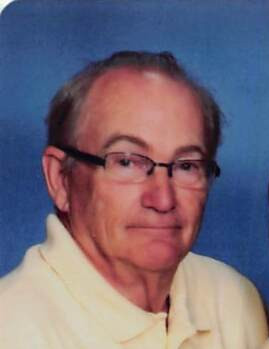 Keith George Brekken, 78 passed away peacefully at home on May 16 ,2022. Keith was born on April 6, 1944, in Portland, Oregon to Raymond and Helen (Fennern) Brekken. The Brekken family moved to Detroit Lakes, MN in 1949 where Keith and his two brothers grew up and attended Holy Rosary Catholic School. Keith then graduated from Detroit Lakes High School in 1962. Keith was a boy scout and participated in track and field, hockey, and football, all while helping his father, working at Brekken’s Men’s Clothing Store. After high school Keith attended Moorhead State before joining the Army National Guard in 1964. Keith served for 22 years and was trained in many military weapons such as AR-15, M-16, M-60, TOW missile 105, along with many others. He also worked flood control as head sergeant for three different floods on the Red River Valley expanding all the way up to the Canadian border, for this service he was awarded the MN Commendation medal.

In 1965 Keith met the love of his life Kathleen Kay Benson, and they were married on May 4, 1968, at Holy Rosary Catholic Church. They moved to Moorhead, MN and then to Grand Forks, ND while Keith worked for GMAC (General Motors Acceptance), until 1971 when Keith, Kathleen and their two children John and Jill moved back to Rochert, MN and lived in the childhood home of Kathleen for the last 51 years.

Keith worked as a loan officer at Detroit State Bank which became First American Bank, Keith then became the Vice President of the bank for nineteen years. In 1990 Keith was elected as the Becker County Auditor and served for four total terms serving his community till 2006 when he retired, he was also the treasurer of the Detroit Lakes Jaycee’s, United Way, Becker County Fair Board, was a member of the American Legion, Holy Rosary Catholic Church, and the Knights of Columbus for 58 years.

He is preceded in death by his parents Raymond and Helen Brekken and daughter Jill R. Blauert.

To order memorial trees or send flowers to the family in memory of Keith Brekken, please visit our flower store.