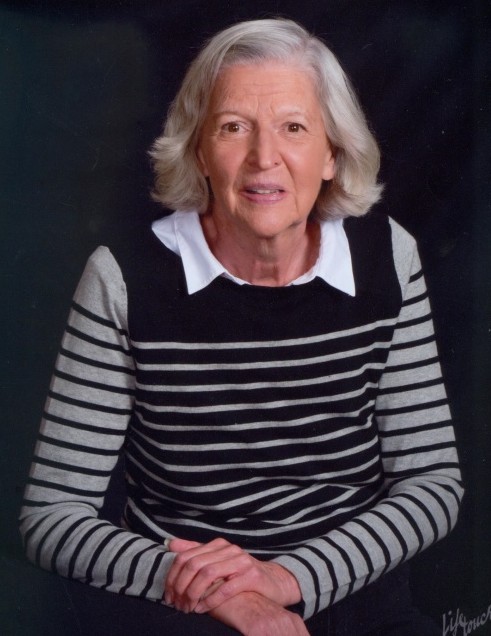 Memorial Services will be held Friday, August 23 at 1pm in David Donehower Funeral Home of Detroit Lakes.  Visitation will be held one hour prior to services.  Interment of ashes will be in the Chilton Family Cemetery, rural Frazee.

Karen Elizabeth Graham was born September 29, 1941 in Frazee, MN to Lincoln and Josephine (Evans) Graham.   She grew up in Frazee and as a young lady was a life guard at Town Lake.  She also played saxophone in a small band for Jr and Sr High School dances.   Karen graduated from Frazee High School and furthered her education at Moorhead State University.  She earned her Masters Degree in Library Science from St. Cloud State University.  She accepted her first job as an elementary school librarian at Spring Lake Park Elementary School in Blaine, MN.    She moved to Detroit Lakes where she became the librarian at the Detroit Lakes Junior High and was instrumental in the design of the new library at the Junior High.  Karen took on the task of redesigning the library at the Detroit Lakes Technical College and for many years was the college librarian.  She retired from the college in mid 2000’s.   Karen also assisted in creating a library at the Detroit Lakes Methodist Church as well as the marina condominiums.   Karen selflessly gave of her free time, volunteering many hours as a jail counselor for incarcerated women in Becker County.  A few times took children in her own home so they could visit their mom the next day.   She was actively involved with the Detroit Lakes Country Club Ladies Golf Association as a member and one time president, and created “Casual Thursday Ladies Golf” at the Detroit Lakes Executive Course.    For 13 years, Karen and Chuck were in charge of the Pine to Palm Golf Tournament.  She introduced computers as an aid in administering the mailings, records and operation of the event.  During her spare time, Karen loved going on walks throughout the lakes area.  She and Chuck busied themselves cross country skiing and loved skiing the Pine Lake Trail at Tamarac Preserve.    Karen was a spiritual person who kept a daily journal of her thoughts and beliefs.   Her profound spirituality has made a true impact on her daughter Josie.   For many years, Karen was involved with the League of Women Voters in Becker County, always wanting what was best for her community.

She is preceded in death by her parents and one step-daughter, Denise Merry Miller.

To order memorial trees or send flowers to the family in memory of Karen Merry, please visit our flower store.
Open