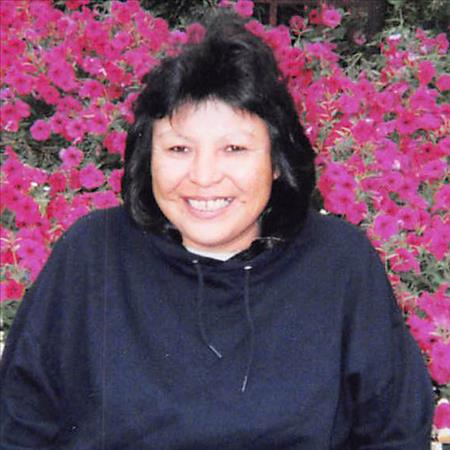 Julie Ann Stewart, age 56, of Ponsford, MN, passed away on Saturday, July 23, 2016, at St. Cloud Hospital. A funeral service will be at 10:00 am on Friday, July 29, 2016, at the Old Pine Point School in Ponsford. A visitation will begin at 5:00 pm at the Old Pine Point School and will continue until the time of service. The burial will follow at Breck Memorial Episcopal Cemetery in Ponsford. Julie was born on September 16, 1959, to Lawrence and Helen (Rock) Butcher in Detroit Lakes, MN. She attended school at Pine Point School; until high school, where she attended at Park Rapids. After high school, she attended culinary classes at the Minnesota Technical and Vocational College in Detroit Lakes. She went on to work for the Shooting Star Casino as a cook, housekeeper, and in maintenance; she continued working there until her health prevented her. Julie was also a homemaker who loved spending time with her family and especially her grandchildren. She enjoyed playing slots at the casinos. In addition, she liked playing dice, cards, and bingo. Julie was also fond of harvesting rice. Julie is survived by a daughter, Sheena (Candace) Butcher of Detroit Lakes; two sons, Robert Butcher of Pine Point, and Chad Stewart of Faribault, MN; a sister, Isabelle Goodman of Pine Point; two brothers, William Butcher of Pine Point, and Robert Butcher of Pine Point; grandchildren, Tyrone (Caryssa) Butcher of Pine Point, Chad Stewart Junior of Detroit Lakes, and Dylan Stewart of Detroit Lakes; and many nieces and nephews. She is preceded in death by her parents, Lawrence and Helen; a son, Lawrence Butcher; two infant sisters; a granddaughter, Shawna Butcher; and a step-sister, JoAnn Goodman.

To order memorial trees or send flowers to the family in memory of Julie Stewart, please visit our flower store.