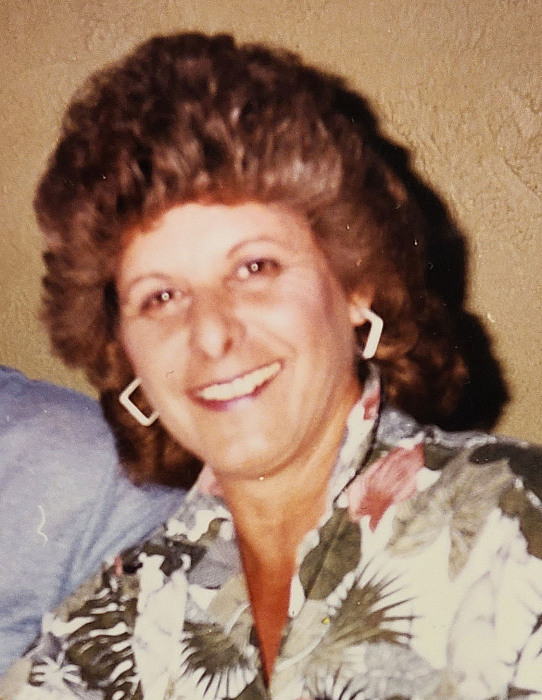 Judy Ann Johnson passed away peacefully on Aug 23, 2020 at Oak Crossing nursing home in Detroit Lakes, Minnesota.  She was born Oct. 10, 1942 to Lawrence and Velma Myers in Huron, South Dakota.  She grew up near Springfield, Illinois and graduated from Pleasant Plains High School in 1960.  After moving to Rockford, Illinois, she married William Viands and gave birth to William Viands Jr. in 1962.  She re-married in 1967 to Cecil Johnson, and gave birth to sons David Johnson in 1968 and Brian Johnson in 1969.  She worked as a secretary and dog groomer, and had an affection for all animals.  She bred and showed Lhasa Apsos, and cheered on her boys at all their baseball and football games.

Later in life, she moved to Osage, Minnesota and owned the Sportsman Bar and Restaurant on Toad Lake with her twilight companion, Don Blascoe, who passed away in 2013.  She retired to Detroit Lakes, MN, where she enjoyed reflective hobbies and crafts, and card games with her friends at Twin Havens Park.  She was a gentle soul who always had a smile--and never a complaint--who lifted the spirits of all around her.

She is preceded in death by her parents and her siblings Sherman and Kimberly.  She is survived by her sister Kay, son William in Rockford IL, son David in Redstone CO, son Brian in Aspen CO, grandsons Christopher and William Viands III, and Caden Klein.  A private memorial will be held on Toad Lake this autumn.  In lieu of flowers, donations can be made to the Humane Society or the Red River Valley Hospice.

To order memorial trees or send flowers to the family in memory of Judy Johnson, please visit our flower store.