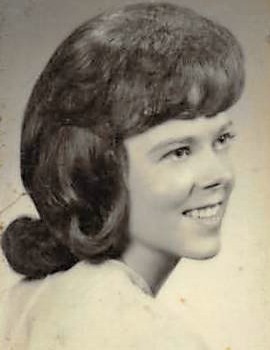 Judith Diane Tovson was born February 18, 1946 in Detroit Lakes, MN to Wallace and Dorothy (Okeson) Tovson.  She graduated from Detroit Lakes High School in 1964.  Judith was united in marriage to Richard Zurn in 1964.   They made their home near Detroit Lakes and started a family.   Judy’s working career began at the Detroit Lakes High School as the office coordinator.  She would later work for City of Detroit Lakes, Tomlinson Lumber, First National Bank and finished her career as the office manager for the Minnesota Department of Corrections, retiring in 2012.     Throughout the years, Judy was a member of Lund Lutheran Church, Garden Club, Sportsman’s Club, and her favorite 1964 Coffee Club.  With her children, she was extremely active as a 4-H horse leader.   Judy enjoyed tending to her flower garden and photography whenever possible and was known to many as the “organizer”.  She provided a warm and loving home for her family, and always had wonderful insight, a listening ear or shoulder to lean on.  She encouraged her children to be studious in school and to always make their family first priority.

Judy will be remembered and missed by her husband of 54 years, Richard Zurn of Detroit Lakes and their two children:  Nicholle “Nicki” Zurn (John Pfingsten) of Walcott, ND and Benjamin “Ben” Zurn (Sarah Chilgren) of Roseville, MN along with four grandchildren:  Sheyenne Freitag, Cody Freitag, Alec Zurn and Ashton Zurn.

She is preceded in death by her parents.

Please click here to view the video tribute
To order memorial trees or send flowers to the family in memory of Judith Zurn, please visit our flower store.
Open