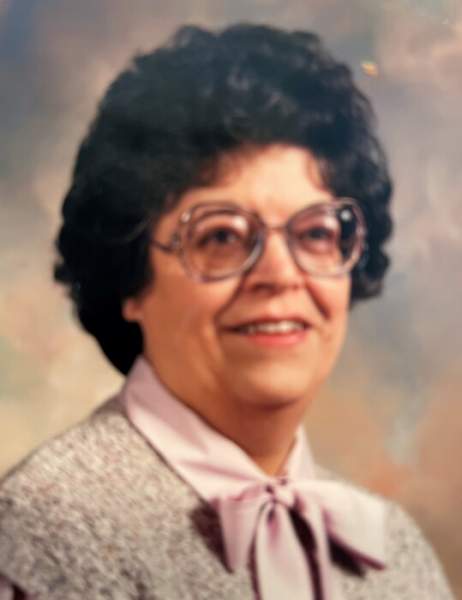 Juanita (Nita) Faye Carlisle was born on November 3,1928 to Otto Louis Kahle and Bonnie Winnifred Kahle (Buck) in Detroit Lakes, Minnesota.  She graduated from Detroit Lakes High School in 1946 where she played the saxophone in the high school band.  She attended Moorhead State College and received her teaching degree which at that time was a 2 year degree.

Her first teaching job was in Elbow Lake, Minnesota.  She married James A. Carlisle in June 1949.  Juanita has resided in Minot, North Dakota, Moorhead, Minnesota and Detroit Lakes, Minnesota and finally the Twin Cities.  Juanita had three daughters Bonnie, Katherine (Kitty) and Faye.  Later, Juanita returned to Moorhead State University in 1970 and received her Bachelors Degree in education in 1972.

Juanita taught Kindergarten in Callaway, Minnesota for many years and substituted in Detroit Lakes Public Schools before being employed at Holy Rosary Catholic School where she taught 4th grade.  She played in the City Band (Saxophone).  She was a member of the Alpha Delta Kappa (ADK) Sorority which is an International Honor Society for women educators that enriches the lives of others through community based altruistic projects.  She enjoyed her sorority sisters immensely.

Juanita was active in local elections serving as an election judge.  She and her husband Jim purchased land on Pickeral Lake and frequently stayed on weekends.

Her hobbies included going antiquing, mushroom picking, fishing with her husband Jim on Pickeral Lake and keeping her flower beds blooming.  She also enjoyed cooking for the many visitors she had come to her home.  She was especially good at making cinnamon rolls.  She was a generous host and was always wanting to feed people.

Juanita’s husband Jim died in May of 1996 and she was devastated with the loss.  Soon after Jim’s death she asked Charles Askegaard for help in selling Jim’s Cadillac convertible since he had a similar vehicle and she thought he could help her with setting a price for it.  Charles and Nita became fast friends as both lost their spouses.  They married the fall of 1997 and were wonderful companions until Charles passed in 2009.

After Charlie passed, Nita moved to the Minneapolis area to be close to her daughters.  She first bought a condo in Edina and lived there 5 years until she had a fall and needed assistance.  She became a resident of the Masonic Home Assisted Living and finally Masonic Home Long Term Care facility.

Juanita is survived by her three daughters, Bonnie Carlisle, Katherine Carlisle McClelland and Faye Carlisle.  She has 4 granddaughters and 1 grandson and 12 great grandchildren.

To order memorial trees or send flowers to the family in memory of Juanita (Nita) Carlisle, please visit our flower store.