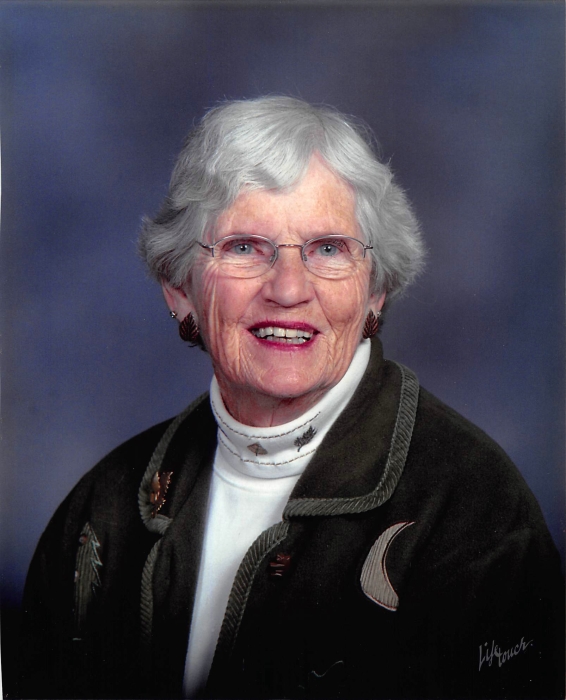 Joyce I. Heisserer, 91, Detroit Lakes died Tuesday, April 23 at her residence in Detroit Lakes surrounded by her family and under care of Hospice of the Red River Valley.

A Celebration of Joyce’s Life will be held Friday, May 3 at 11AM in the United Methodist Church of Detroit Lakes.  A gathering of friends and family will be held on Thursday, May 2 at David Donehower Funeral Home from 5pm-7pm. Visitation will also continue at the church one hour prior to services on Friday.

Joyce Irene Brown was born April 16, 1928 in Monroe, WI to Vernon and Edna (Johnson) Brown.    Edna passed away in May of 1928. Joyce was adopted by her aunt and uncle, Carl and Ruth Johnson.  She grew up in Duluth and moved to Minneapolis in 1941 following the death of her father. She graduated from Washburn High School in Minneapolis.   In 1947, Joyce was united in marriage to John “Jack” Heisserer. As Jack worked for the phone company, they lived in 10 communities from 1947-1958 before making Detroit Lakes their home. They also built one of the first cabins on Long Lost Lake spending most weekends there. She quilted with a treadle machine while the men were out hunting. They enjoyed many visits from family and friends and the cabin was never too small to get everyone in.  During her working career, Joyce worked as a secretary for many years at the Detroit Lakes High School and later for the Irvine, Ramstad and Briggs Law Firm. She was a member of United Methodist Church in Detroit Lakes since 1958, serving on many committees especially the Memorial Garden from its inception. After Jack passed away in 1978, Joyce developed many hobbies. She had an impressive collection of 900 piggy banks and also collected spoons from  her travels. She visited all 50 states and her adventures also took her to Canada, Mexico, South America, the Caribbean and several European countries. In the good weather season she searched the flea markets and garage sales for piggy banks She loved golfing, and was proud to be one of the oldest women golfers at the Country Club. She regretted playing only 40 times last year due to an injury, but was out playing as soon as she could. She enjoyed playing Bridge, and reading a good book in the winter months waiting to golf.  You might have also caught sight of her at the casino. Joyce felt blessed to have such a long fun life, a loving family and many dear friends in the community.

She is preceded in death by her parents, husband Jack, sister Avis Lossin and brother Boyd Brown.

To order memorial trees or send flowers to the family in memory of Joyce Heisserer, please visit our flower store.