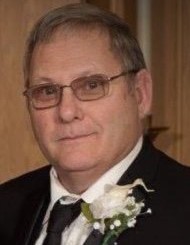 Jon Martin Kumpula, 69, of Detroit Lakes, MN, passed away on Thursday, February 4, 2021 at his home surrounded by his family.

Jon Kumpula was born on October 4, 1951 in Wadena, MN to Martin and Arles (Rasmussen) Kumpula. He attended New York Mills high school and graduated as part of the class of 1970. He went to further his education at the University of Minnesota - Crookston where he took culinary classes but he would always say that he went there to play football. He also studied small engine repair at the VoTech in Detroit Lakes, MN. Jon filled the role of father figure with the passing of his father in 1971.

Jon met the love of his life Gloria Schrupp and they were married on February 11, 1976 at Zion Lutheran Church in Detroit Lakes, MN. He was blessed to have two sons to love and care for, David Husby and Marty Kumpula.

Jon loved to go to the Demolition Derbys, fishing, deer and elk hunting, and would enjoy going to coffee with his friends. He was a handy man and would help anyone with any problem they were up against. He was a friend to everyone he met; he was a kind, outgoing, and intelligent man. He was the one you wanted on your Trivia team! Jon always looked for the positive things in life and lived a happy and full life.  He was a teaser, a storyteller, and enjoyed the corny Dad jokes.

Jon was a father figure to his brothers at the age of 19 years old, a wonderful father and grandfather.

He is preceded in death by his parents Martin and Arles Kumpula; and his in-laws Henry and Fern Schrupp.

To order memorial trees or send flowers to the family in memory of Jon Kumpula, please visit our flower store.
Open