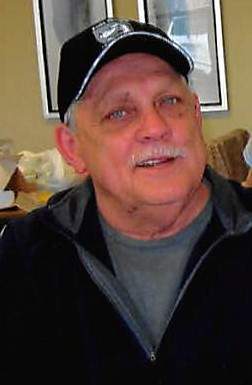 Jack was born on March 20th, 1951, in Detroit Lakes, MN the son of John and Barbara (Clark) Vogt .  Jack graduated from Detroit Lakes High School with the class of 1969.  On February 24th, 1970, he enlisted with the United States Army, serving a tour in Vietnam, and was honorably discharged on February 23, 1976.

Jack went to a wedding and met his future wife Janine. He knew instantly that he would marry her. They were united in marriage on March 10, 1973, at Holy Rosary Catholic Church in Detroit Lakes. Together they raised two sons, Cory and John.

Jack held numerous jobs throughout his life. He worked for over 10 years with American Crystal Sugar before having to leave due to a back injury. He and a good friend went into business together and started J&J concrete before retiring.  He was an avid hunter and fisherman, loved to cook and play cards. He also enjoyed having people out at his house to socialize with. His most precious time was spent visiting his wife at Ecumen and his six phone calls to her daily.  Jack was a member of the Detroit Lakes American Legion and VFW post 1676

Jack will be remembered and missed by his wife of 45 years, Janine, and their sons Cory and John; Granddaughters Chantel and Taylor; Brothers Mitch and Greg; Sisters Pam, Debbie, Lori and Lisa. Numerous Nieces and Nephews; and many faithful friends. He was preceded in death by his parents.

To order memorial trees or send flowers to the family in memory of John "Jack" Vogt, please visit our flower store.