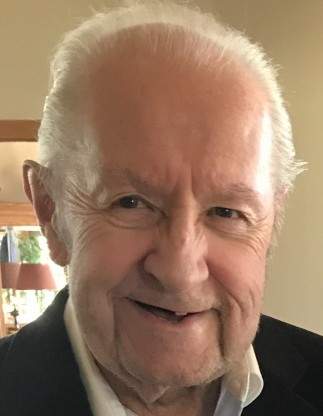 John Thomas Johansson was born on November 16, 1932, in Fargo, North Dakota, and passed away in Detroit Lakes on August 31, 2021, aged 88. Known to many as “Joe Bio” the biology teacher, he educated thousands of students during his 43 years at Detroit Lakes High School.

In 1955, John advised the prom committee along with Janet Bosworth, the Home Economics teacher. They married in 1956 at First Lutheran church where John’s powerful bass singing voice was part of the choir for decades. His stewardship and fundraising talents were essential to First Lutheran’s expansion of the education wing and church. Their happy marriage lasted for 64 years.

During the summers, John and Janet developed the old family farm into the Oak Hills Addition by building five houses together -- including their own -- where they raised their two sons, Thomas and David.

He was a voracious reader, talented public speaker and singer, loved to travel, and was a devout, dedicated, and life-long member of First Lutheran. John’s quick wit, scholarliness, erudition, and deep singing and speaking voice will be missed profoundly.

John was preceded in death by his parents, Hugo and Hazel Johansson. He is survived by his wife Janet and sons Thomas (Donna Jean) and David (Andrew), all of Detroit Lakes, granddaughter Ashley Everly (Chris) and great grandchildren Silas and Felicity all of Bemidji.

John’s funeral service will be at First Lutheran, Detroit Lakes, at 11:00 AM, Saturday, September 11.

To order memorial trees or send flowers to the family in memory of John Johansson, please visit our flower store.