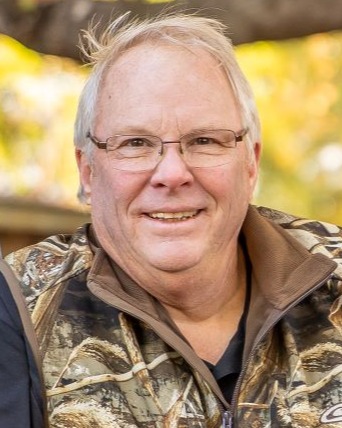 John Henry Davis III (Jack) passed away surrounded by family at his home on Leek Lake on November 14, 2022, at 68 years of age. He was born on March 16, 1954, to John H. and Dora E. (Pickard) Davis in Fargo, ND. He was married to Erlene Grotting on June 11th, 1977, and together they had two sons, Nathan and Scott. The boys were involved with hockey, and Jack served on the Board of Directors of the Moorhead Youth Hockey Association from 1990-1996. They made their home in Moorhead, MN, for many years before moving to Trowbridge-Leek Lake in Vergas, MN, in 2006.

Jack graduated from Fargo South High in 1972, recently celebrating his 50th year class reunion, where he was reacquainted with many old friends. He worked at Red Owl grocery store and at Morris TV and Appliance during high school and college. Jack attended NDSU’s school of architecture, but soon turned to another profession that was more suited to his technical abilities and was employed by Border States Electric until his retirement in 2014, beginning in the warehouse and at the City Desk and culminating in his position as Automation Account Manager. He made many lifelong friends with both co-workers and customers.

Jack had many passions in life: among them were new technology, architecture, carpentry, landscaping, lake living, cars, Bobcats, drones, and photography. He and Erlene owned The Venue at Meadows on Lind (wedding venue) and Pens and Needles Lakeside (hobby resort) on Lind Lake in Detroit Lakes for many years, where Jack built the new wedding and reception structure and maintained the property beautifully. He photographed many weddings at the venue. Jack was at his happiest when he was doing or building something for someone.

Jack was involved in his community and often photographed local events, including the Detroit Lakes Ice Palace (where he designed the lighting for years), the “150 Sails Up in DL” event in honor of their 150th Anniversary, Detroit Lakes Polar Plunge events, weddings, graduations, and even the occasional car show or rodeo.

His love for photography led him to one of his greatest joys - becoming involved with the Midwest Christian Filmmakers Academy. It ignited his passion and gave him great pleasure to allow them the use of the property he and Erlene owned on Lind Lake where they could make films and train new faith-oriented filmmakers. He traveled with the Academy to various locations, documenting their process in pictures.

Jack’s funeral will be held Monday, November 21, 2022 at David-Donehower Funeral Home, 609 US Highway 10, Detroit Lakes, MN, with a visitation at 4pm, service at 5pm, and a light dinner and reception to follow. The service can be viewed via Livestream at https://daviddonehower.com by clicking the link in Jack’s obituary.  A private family interment will be held at a later date. Memorials may be made to the Humane Society of Detroit Lakes, The Marshmallow Animal Shelter of Detroit Lakes, Becker County Museum, Roger Marris Cancer Center in Fargo, or your favorite charity in Jack’s name.

To order memorial trees or send flowers to the family in memory of John "Jack" Davis III, please visit our flower store.