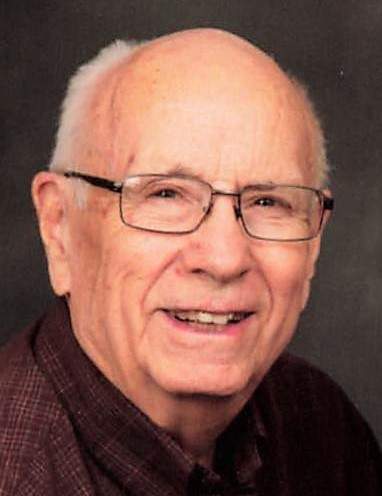 John Hoeglund, 90, of Detroit Lakes, MN passed away on Monday, April 4, 2022. A Celebration of Life will be held on Friday, May 13th, 2022, at First Lutheran Church at 11am. Visitation will be one hour prior to the service.

John Edward Hoeglund was born in Detroit Lakes, MN, son of Nels and Klara Mabel (Patterson) Hoeglund. He graduated from Detroit Lakes High School in 1949, and Concordia College in 1953. He served in the United States Army in 1953-1955, as a clerk of an anti-aircraft battery in Grosse Pointe Park, Michigan.  John then spent his entire career as an insurance agent in Detroit Lakes, MN.

On August 7th, 1964, John was united in marriage to Judith Gienger in Streeter, ND. The couple have been married for over 57 years. John was very proud of his wife, Judy, and their three children and their families.

John was active in the Detroit Lakes Jaycees.  He held various offices including president and received the chapter’s Distinguished Service Award in 1959. He was also a member of the Detroit Lakes American Legion Post 15 and served for 15 years as chairman for the local Legion Boys State and School Award programs. John was a huge advocate for the Boy Scouts of America and served fifteen years as a scoutmaster and troop committee member. In 1976, he received the highest award given to a scouter on the local level, the Silver Beaver award. John also served as a Detroit Lakes City Councilman for thirty-two years, as a member of the City Planning Commission for thirty- one years, and as a member of the Community Education and Recreation Advisory Committee for twenty- five years.

To order memorial trees or send flowers to the family in memory of John Hoeglund, please visit our flower store.