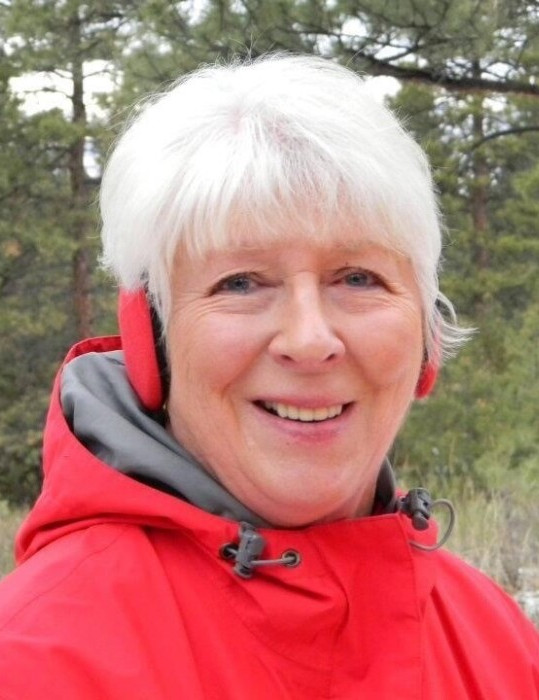 Joan “Penny” Kotte was born July 22, 1942, to Glen and Cecile Nelson. Penny of Stevensville, MT passed suddenly on the eve of July 12, 2022, after a very short battle with cancer at Essentia Hospital in Detroit Lakes, MN.

Penny grew up in Fargo and spent many summers at the family lake home on Lake Melissa. She graduated from Fargo North Central High School then married the love of her life Charles Kotte on Aug 4, 1961.  They made their home in Fargo ND where she began to raise her four children, Peter, Suzanne, Sara and Michael.  For their 10th anniversary they drove to Glacier National Park and fell in love with Montana. It was not long before they had the house sold and kids packed up for a big move.  Penny and Chuck built two beautiful homes in the foothills of Missoula. Penny began work part time as a teller once the kids began school.  This was the beginning of her banking industry career.  A turn of the economy in the late 1970’s brought the family back to North Dakota where they built yet another home south of West Fargo. Penny began working at First Bank in Fargo where she advanced up through teller supervising and found that she enjoyed compliance and making sure the bank held an excellent FDIC rating.  Rather than looking at retirement she began her own consulting company in the late 1990s providing bank compliance consulting to mostly small family-owned banks in North Dakota and Minnesota. Penny became a friend to everyone she interacted with both professionally and personally.

The mountains kept calling Penny and Chuck until they took another leap of faith and found property south of Missoula where Chuck built her their dream home while Penny commuted 999 miles between Fargo and Stevensville. Penny suffered the loss of her beloved Chuck in 2003. To keep on, she continued to work and make that commute for several years after.  As it got more difficult to leave home, she sold her consulting company.  She found she was not ready for retirement and began consulting for Farmer’s State Bank, Victor MT until her retirement in 2011.

During her work career she was member of National Association of Banking Women NABW receiving awards for Outstanding Merit. She served as ND State Council President in 1986 and received the NABW Woman of the Year award in 1987.  She was invited to help with lining up score keepers for the Roger Maris Golf Tournament around the same time and became very involved over the next few years. She loved every moment and held fond memories of all the friends she made.

Penny was so active and had a heart for service in every aspect of life.  She enjoyed bowling, golf, walking, biking and her long hikes in the mountains as well as bragging about her 14 grandchildren and 22 great grandchildren.

She was a dedicated member of her church in Florence, MT, where she made many close friends and found a true calling to fill her need to serve. She was heartbroken to leave her home and church family when her illness forced her hand and brought her back to North Dakota to seek care from Roger Maris Cancer Center in Fargo but found comfort in being at the Lake house and enjoying the view of golf course and lake Melissa.

A Celebration of Life will be held on July 23rd at her family lake home on Lake Melissa – 24969 N. Melissa Dr. Detroit Lakes, MN 56501 from 1-4pm.  This will be an open house to share hugs, stories and food with family and friends.

To order memorial trees or send flowers to the family in memory of Joan "Penny" Kotte, please visit our flower store.