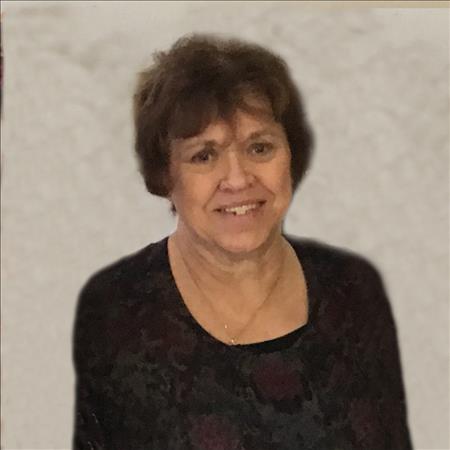 Joan E. Wilson, age 69, of Detroit Lakes, MN, passed away unexpectedly on Sunday, September 25, 2016, at Essentia Health St. Mary's in Detroit Lakes with her family by her side. A memorial service will be held 3 p.m. on Saturday, October 1, 2016, at the Detroit Lakes United Methodist Church. Visitation will begin one hour prior to the service at the church on Saturday. Joan was born September 9, 1947, to Frank and Adeline (Bengtson) DeGroat. She grew up in Lake Park, MN, graduating from Lake Park High School with the class of 1965. Joan married Ron Wilson at Eksjo Lutheran Church in Lake Park on October 1, 1966. The couple made their home in Moorhead, MN, where they raised three children: Brenda, Rachael and Matthew. The family also opened their home to more than 2000 foster children over the course of 47 years. Joan worked outside the home for a number of years, first at the Farm Bureau in Moorhead, then as a typist at North Dakota State University. The couple also ran several family businesses that Joan helped run and manage, along with caring for the many children that were living in their home. In 2000, the couple retired to Detroit Lakes, where they continued foster care. Joan enjoyed staying active and attending all of the kid's activities and sporting events throughout the years. She also stayed busy at church where she shared her musical talents. She enjoyed her flower gardens which she tended each year. She loved spending time with her grandchildren and hosting holidays at her home. She lived life to the fullest, always lending a hand to those and need and was able to approach most things in life with good humor. She will be dearly missed. Joan is survived by her husband of nearly 50 years, Ron of Detroit Lakes; three children: Brenda (Chris) Northrop of Galesville, MD, Rachael (Rob) Josephson of Ramsey, MN, and Matthew Wilson of Detroit Lakes; five grandchildren: Kira, Jarrett and Brody Northrop, and Noelle and Emily Josephson; four siblings: Marlys (Bill) Johnson of Crookston, MN, Barb (Ray) Brown of Poposky, MN, Janice (Mike) Sheldon of Sabin, MN, and Cheri (Jon) Brammer of Moorhead, MN; along with numerous nieces and nephews. Joan was preceded in death by her parents. In lieu of flowers, memorials are preferred to the Detroit Lakes Refuge.

To order memorial trees or send flowers to the family in memory of Joan Wilson, please visit our flower store.