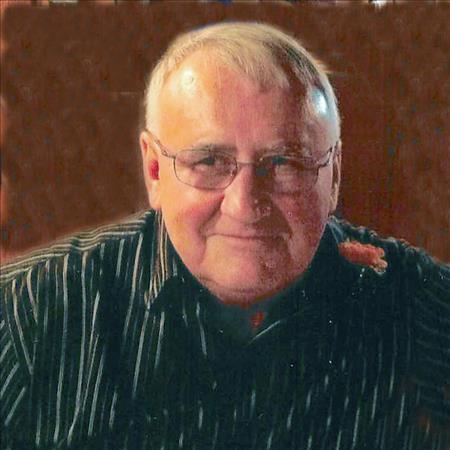 Jerome "Jerry" L. Wagendorf, 74, lifelong resident of Detroit Lakes, died Saturday, August 13 at Sanford Health in Fargo. Memorial Services for Jerry will be held Saturday, August 20 at 11AM in David Donehower Funeral Home of Detroit Lakes. Visitation will be one hour prior. Military Honors will be accorded by Lake Region Honor Guard of Detroit Lakes. Jerry was born January 28, 1942 in Detroit Lakes to John and Harriet (Anderson) Wagendorf. He grew up in Detroit Lakes graduating with the class of 1960. On October 13, 1962, he was united in marriage to Linda Harmer from Frazee. Jerry and Linda had one daughter, Wendy. During his working career, Jerry started his employment at Haldorson's Super Value while in high school. When Haldorson's built their new store, Jerry moved with them and became assistant manager. He later accepted a job with Fairmont Foods. After ten years of employment with Fairmont Foods, Jerry started attending Moorhead Technical College for floor installation. With his new career path, Jerry started working for Building Interiors out of Moorhead and later started on his own naming his new business, "Jerry's Installation". For many years Jerry was self-employed, until issues with his knees forced him to retire. During retirement, Jerry lived for his two grandsons, Joe and Chris. He followed their hockey and football games, rarely missing an event. Every Memorial Day, Jerry and Linda along with their grandsons took their annual trip together. They visited Mount Rushmore, Valley Fair, Minnesota State Fair, Duluth Harbor, Wisconsin Dells and many more. He was also a proud great-grandpa to Ethan, Lauren and Colter, whom he thought the world of.

During his school years, Jerry joined the Minnesota National Guard. He spent many summers at Camp Ripley for summer camp. He was also in California, Ft. Knox, Ft. Riley and Germany for mechanized infantry training. He was involved with the Bradley maintenance training and retired from the National Guard after 27 years. Jerry also belonged to the Fraternal Order of the Eagles and the American Legion Club in Detroit Lakes. He was very involved with the Eagles. He was an officer for over 30 years and secretary for 18 years. In 1990, Jerry was chosen as Minnesota's State Eagle of the year along with being Eagle of the year for his district. Jerry and Linda attended several National Eagles Conventions in Tennessee, Kentucky and Las Vegas. He was a member of the Lake Region Color Guard and Zinger's Club. When Linda retired they started traveling more. They made a long awaited trip to Hawaii and visited the Arizona Memorial. They also went on two cruises, one to the Virgin Islands and one to Alaska.

In his spare time Jerry enjoyed working in his shop. He constructed many projects over the years and even tried his hand at landscaping. He was a true Minnesota Vikings fan and loved collecting miniature cars and trucks. Jerry is survived by his daughter: Wendy (Roger) Gjerde, two grandsons: Joe (Erin) and Chris (Stacia), three great-grandchildren: Ethan, Lauren and Colter, two sisters: Pat Coalwell of Dilworth, and Cheryl (Jeff) Hahn of Detroit Lakes. In addition he is survived by sister-in-law: Angie Harmer of Frazee, brother-in-law: Roger (Nancy) Harmer of Lumberton, TX along with many nieces and nephews. He is preceded in death by his parents, his wife Linda (January 16, 2016), mother and father-in-law: Don and Gladys Harmer, brothers-in-law: Rolland Coalwell and Donnie Harmer.

To order memorial trees or send flowers to the family in memory of Jerome Wagendorf, please visit our flower store.