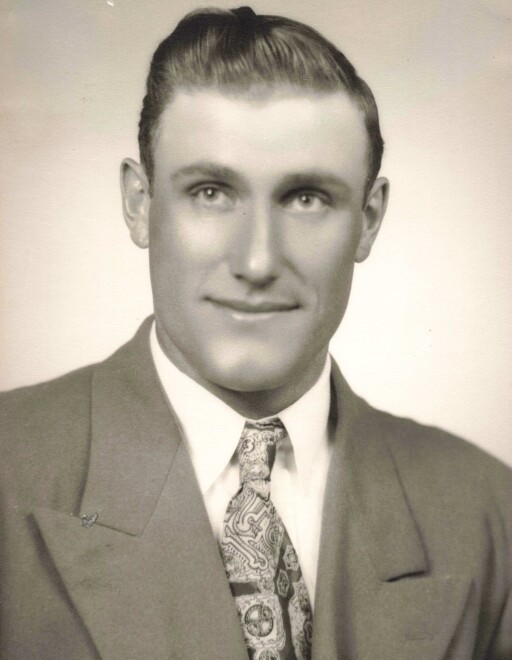 Jerome A. Matter, 98. Detroit Lakes, MN, died Saturday, November 14, 2020 at Ecumen-Emmanuel Nursing Home as a result of the Covid Virus.  A private Mass of Christian Burial will be held at Holy Rosary Catholic Church.  A walk-through visitation will be held 5:00 – 7:00 pm Wednesday at David-Donehower Funeral Home.  The Knights of Columbus will pray the Rosary at 6:30 followed by a parish vigil at 7:00 PM Wednesday at the funeral home.  Interment will take place in St. Mary’s Cemetery, Callaway.

Jerome Anthony Matter was born September 25, 1922 in Wanda, MN to Alfred and Ruth (Frantz) Matter.  The family moved to Hitterdal, MN and then to Callaway, MN to be closer to a Catholic Church.

Jerome attended country school where his mother taught.  He grew up working on the family farm.  He was united in marriage to Mary C. Dunn on October 4, 1949.  They made their home northwest of Callaway.  He became a grain and livestock farmer near where he grew up. He was also a fur trapper. The farm is still in the family.

Mary and Jerome traveled extensively visiting Alaska, Canada, the western United States and Mexico. One of the highlights of their travels was the tour to Italy that was taken with Father Jerry.  They wintered for 27 years in Pharr, Texas.

Jerome enjoyed bowling and bowled for many years on the Tomlinson Lumber Company bowling team.  He was an avid fisherman, hunter (both fowl and deer), and attended many sporting events.  He loved to play cards with anyone who had time.  He was a member of the Knights of Columbus (3rd and 4th Degree), the Eagles and the Riceville Township Board.  He was a Founding Father of the Callaway Lions Club.

To order memorial trees or send flowers to the family in memory of Jerome Matter, please visit our flower store.
Open