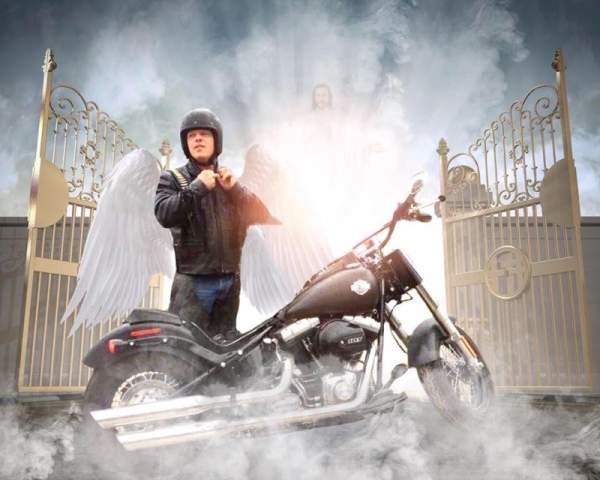 During high school Jeremy worked at Kmart, where he met the love of his life, Krystal. She was wearing a dress of course; that he swears was "low cut".  Jeremy and Krystal started dating March 28, 1997. Jeremy continued to work various odd jobs in the Detroit Lakes area, until he found the job of his dreams, he became a pro truck driver.

Krystal and Jeremy married on August 23rd, 2003. They had 3 beautiful children together, and extended their family by 2 more, welcoming and sharing their love with many others. They never had an empty home.

Jeremy enjoyed riding four-wheeler and motorcycle with Janee, fishing with Jared and Irene, cooking and baking with Korissa, playing and going on Skid-steer rides with Dayton and going on dates with Krystal. He also enjoyed camping, hunting, telling stories-extremely exaggerated stories, snowboarding, wakeboarding, days at the lake, and dropping the kids off at school with the semi and of course, doing the "caw-caw" with his family.

Jeremy had many skills and talents, most of them were self-taught by trial and error. He could fix anything.   He would always say "I could build that" even though he never had enough time. He would spend his NASCAR days with his uncle Dave at Shorewood Pub, or at home searching for the remote.

Jeremy would give you the shirt off his back, the shoes off his feet, and his underwear- because he didn’t want to wear them.  He loved to entertain, and make people laugh.  He always had a smile unless he was "hangry".  Jeremy will be missed by his wife, his children, his parents and his large extended family and many friends, to know Jeremy, was to love Jeremy.

If I die riding my bike, don’t cry for me, instead smile for me, and know I died doing what I love, and with a smile.

He is preceded in death by his grandparents, uncles:  Kim Harstad and Steve Harstad, aunts:  Becky Seitz and Mickie Kohler and brother-in-law:  Nick Lehmann

To order memorial trees or send flowers to the family in memory of Jeremy Harstad, please visit our flower store.