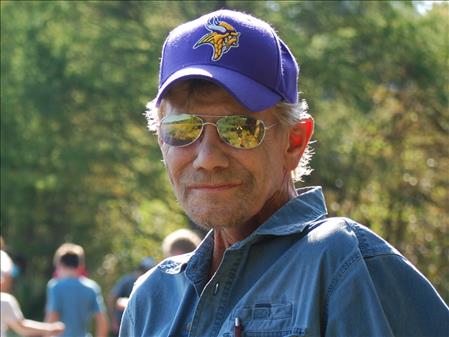 Jeffrey Lee Olds, age 51, of Detroit Lakes, MN, passed away on Sunday, December 4, 2016, at his home. A funeral service will be at 11:00 am on Friday, December 9, 2016, at Grace Lutheran Church in Detroit Lakes, with a visitation beginning one hour prior. Jeff was born on September 13, 1965, to Alfred and Marsha (Sammons) Olds in Detroit Lakes. He attended school at Detroit Lakes and graduated from Frazee High School in 1984. After high school, he graduated from farrier training in Anoka, MN. He went on to start Rockin' J, a farrier service; where he serviced communities in Minnesota, Iowa, and the Dakota's. He also lived and worked at ranches in Wyoming and South Dakota. He retired ten years ago following an accident at a factory in Hawley. In retirement, he helped maintain his brothers business properties and also the Grace Lutheran Church grounds. Jeff enjoyed life to the fullest. He enjoyed gardening, woodworking, and leather tooling. He enjoyed reading, especially westerns and current events. Jeff was very artistic and an avid drawer, and musician; including the guitar and harmonica. Jeff could cook and bake and would bake cakes for all the family events. He was very social and loved spending time with his family, friends, and his dogs. He is survived by his fiancée, Dana Leitch of Detroit Lakes; his step-father, Dan Louks of Detroit Lakes; his father, Alfred Olds of Detroit Lakes; his children: Brandon Rudolph (Erica Young) of St. Cloud, MN, Seth Rudolph of Alexandria, MN, and Heather (Travis) Perrine of Dent, MN; brothers, Wade Olds of Detroit Lakes, Scott Olds of Detroit Lakes; a sister, Sharon (Michael) Collett of Moorhead, MN; his grandchildren: Taylor, Madilyn, and Ellie Perrine; and nieces and nephews: Dakota Old, Austin Olds, Mathia Olds, Noah Olds, Nicholas Olds, and Brandon Collett He is preceded in death by his mother, Marsha; his grandparents; and his dog, Rough-Tough.

To order memorial trees or send flowers to the family in memory of Jeffrey Olds, please visit our flower store.