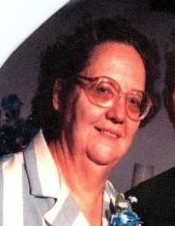 Jeanne Isabelle Lotvola, 89, of Ogema, MN, passed away on Wednesday, November 7, 2018, at Ecumen-Emmanuel Nursing home in Detroit Lakes, MN. Jeanne Isabelle Harms was born on October 16, 1929, In Perham, MN, the daughter of John and Gertrude Harms.  Jeanne grew-up with one older brother and two younger sisters in Detroit Lakes, MN.  At the age of 15, while working as a waitress, she met a dashing young serviceman named Ernest, who had recently returned from World War II.  On October 16, 1945, her 16th birthday, she married Ernest Lotvola from Ogema, MN. Jeanne and Ernest did wood cutting and farming, and raised six children in the Strawberry Lake, MN area.  After 48 years of marriage, Jeanne lost the love of her life, with the passing of Ernest in 1993.Jeanne was a very active volunteer at the White Earth Senior Citizens Center. She logged more than 20 hours per week, for over 30 years.  She was a lifetime member of the VFW and DAV; was a fire warden for over 30 years, helped out with the 4-H Sugarbush Eagles, White Earth Caring 4 Kids and the Farmers Union. 10 weeks ago, after living in the same house for over 70 years, Jeanne moved from her farm near Strawberry Lake, to Ecumen, where she retained her fighting German spirit until the end. Jeanne is survived by her loving children, Elroy of Southgate, Michigan, Jory (Margaret) of Ogema, Minnesota, Ermina (Jim) Lindsay of Ogema, Minnesota, Julia (Jeff) Roth of Tampa, Florida, JaDee (Joel) Baer of Lake Park, Minnesota, and EylyKay Lotvola of Park Rapids, Minnesota; She is also survived by 20 grandchildren and 23 great-grandchildren.  She was preceded in death by her loving husband Ernest, parents John and Gertrude, sister Gayle and a daughter in-law Darlene.

To order memorial trees or send flowers to the family in memory of Jeanne Lotvola, please visit our flower store.
Open