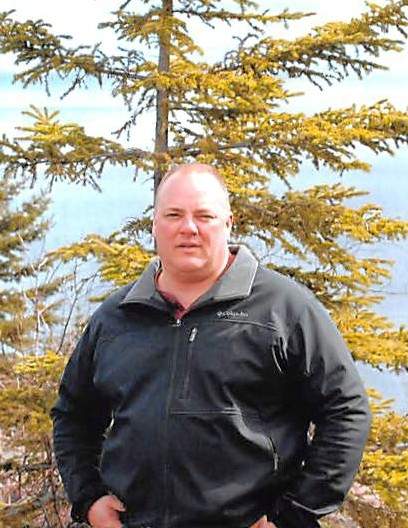 Jay was united in marriage to Sheila (Toots) Schwedrsky on August 22, 1987.  They were blessed with two children, Jacob and Jon.

Jay started his law enforcement career in the mid-80’s, working part-time as a deputy sheriff for Becker County and also Pelican Rapids Police Department.  He then worked in North Dakota   for Richland County, Jamestown Police Department, and Stutsman County Sheriff’s Department.  He returned to Minnesota in 1992 and started as the Chief of Police in Lake Park.  He then worked for Becker County as a deputy from 1999-2006 after which he returned to Lake Park as Chief of Police, where he retired in 2015.  After his retirement, he worked for Rolling R Bison Ranch in the Cormorant area.

Jay was an avid sportsman who enjoyed many hunting and fishing trips with friends and family. He also enjoyed snowmobiling, 4-wheeling, woodworking, and nature photography in his spare time. Jay loved visiting the Duluth area with his wife Toots, making several trips a year.

Please click here to view the video tribute
To order memorial trees or send flowers to the family in memory of Jay Nelson, please visit our flower store.
Open