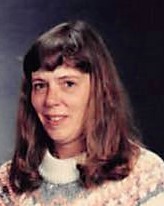 Janine Marie Vogt, 65 , of Detroit Lakes, passed away on Thursday, January 31, at Essentia Hospital in Fargo.

Janine Marie Jacoby was born on March 30, 1953, in Saint Paul, MN, to John and Catherine (McCarthy) Jacoby.  Janine’s mother passed away when she was only two. Her father then married Roma (Kee) Jacoby, who helped raise her.  She attended Holy Rosary grade school and graduated from Detroit Lakes High School with the class of 1971.

On March 10, 1973, Janine was united in marriage to John “Jack” Vogt and they resided in the Detroit Lakes area. Together they had two sons, Cory and John.  Unfortunately on June 13, 2018, Janine lost her dedicated and loving husband Jack.   In her younger years, she worked for Emmanuel Nursing Home and Bergen’s, and for over 20 years in the accounting department for Snappy Air and part-time Lakeview General Store

In 2001, Janine was diagnosed with COPD and had to retire due to health reasons. She courageously fought the disease for numerous years.  She became a resident at Sunnyside Nursing Center for six years before moving to Ecumen-Emmanuel Nursing Center for the past four years. She was known for her good humor and was liked by residents and staff at the  nursing homes.  From childhood, she was passionate about dogs. She never met one she didn’t love and they loved her back.

Janine enjoyed her family visits, especially when her two granddaughters visited.  She enjoyed puzzles, and bingo to pass her time.

She will be dearly missed by her mother Roma Jacoby; sons Cory and John Vogt; granddaughters Chantel and Taylor Vogt; sister Jennifer (Douglas) Isackson;  nephews Douglas and David Isackson; her Vogt brothers-in-law and sisters-in-law; and numerous Jacoby and McCarthy cousins.

To order memorial trees or send flowers to the family in memory of Janine Vogt, please visit our flower store.