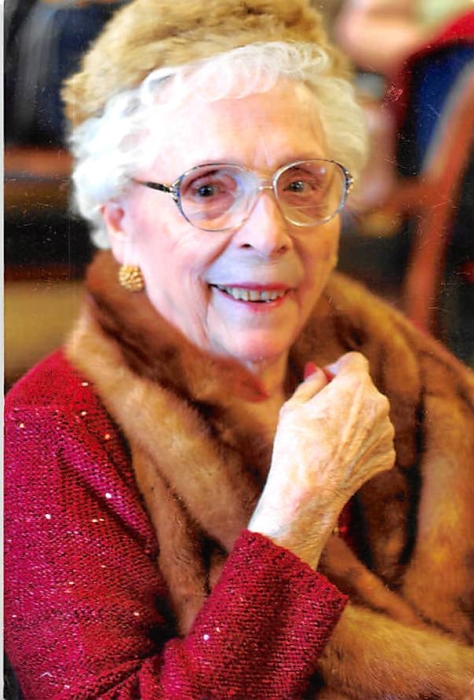 Janet Mary Whitcomb was born May 27, 1922 in Atlantic, Iowa to Clarence and Leona (Woolsey) Keiser.  She was united in marriage to William A. Rosenthal upon his return from Midway Island.  They made their home in Detroit Lakes, MN until 1952 when they moved to Dickinson, ND where they started a bakery.  They moved to Compton, CA in 1954 where William began working for Western Electric and Pacific Bell.  He died June 3, 1958 and Janet then began working for Pacific Bell, retiring in 1974.  She met John Whitcomb and they were later married.  They traveled through much of the world and Janet enjoyed collecting antiques.  Many of her antiques have been passed down to her children and grandchildren.  John died in 2003.  Janet returned to Detroit Lakes in 2004, left briefly and returned in 2013.  During her time in Detroit Lakes, she lived in Winchester, both buildings at Lincoln Park and at Oak Crossing.

In addition to collecting antiques, Janet enjoyed being a wonderful Mother, western dancing, being by the ocean, cooking and baking.

To order memorial trees or send flowers to the family in memory of Janet Whitcomb, please visit our flower store.
Open