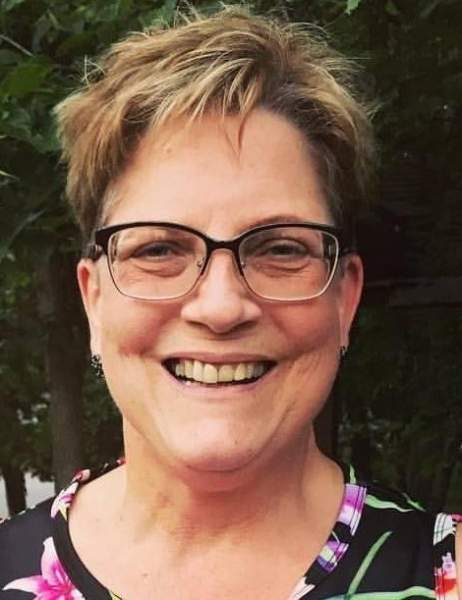 Jane Elsie Ballard, 64, passed away peacefully in her sleep in the early morning of July 26, 2021.

Jane was born on July 17, 1957 in Red Wing, MN on her dad’s birthday. Jane graduated from Cannon Falls High School in 1975 and was a Music Education Major at University of Wisconsin- River Falls. Jane was always musical, from her early days in piano lessons, to playing trumpet in the college marching band, a time which she referred to as some of the best days of her life.

After graduation, she got her first job teaching band in Waubun, MN and married Cecil Ballard in 1981. Her daughters, Katie and Anne were born in 1983 and 1988. After also working in Mahnomen she was hired as an elementary music teacher and beginning-band teacher in Detroit Lakes, MN. During this time, she was the church organist at The Detroit Lakes United Methodist Church, a position she had for 35 years. Jane was involved in numerous musical ensembles throughout the years. From playing with the Polka Drops in High School and College, to playing with Doc and Scrubs and the DL Community Band, she was passionate about performing and sharing her talents with anyone who would listen.

The most important thing to Jane was her family. She loved fiercely and would do anything she could for those who she loved. She considered several of her friends her family too. Her kind and generous spirit was evident to all. After spending most of her life in Detroit Lakes, she moved to Austin, MN in 2018 to be closer to Mayo Clinic as her health declined.

Jane was a fighter and she fought until her body could not fight any longer.

She is preceded in death by: her father and mother Harvey and Marjorie Svedberg, and her beloved pug, Zoe.

To order memorial trees or send flowers to the family in memory of Jane Ballard, please visit our flower store.