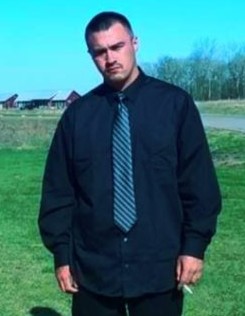 Jamie Lee Bevins, known to many as “Honker” was born April 25, 1992 in Minneapolis, MN to Jamie Sr and Theresa (Villebrun-Stoa) Bevins. He and his family moved to White Earth in 1993.  He attended elementary school in Ogema and Circle of Life.  He spent his high school years at Waubun High school.

During Jamie’s childhood, he and his sister Kailene spent time with their mother in New Jersey and at a young age visited New York City and enjoyed the beaches of the Atlantic Ocean.  Jamie enjoyed living with many family members over the years.  He shared with family and friends his love for music, and was an artist at heart.  He was very talented in wood burning and drawing.  He also enjoyed the thrill of speed racing, from bikes, 4-wheelers and cars, you could always tell he was having fun because the smile on his face said everything. Jamie will be dearly missed by his family and friends.

To order memorial trees or send flowers to the family in memory of Jamie Bevins Jr., please visit our flower store.