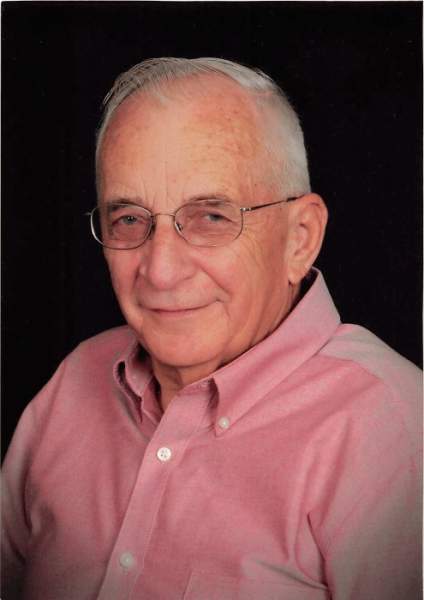 James Walter Thompson passed peacefully Tuesday, November 7, 2017 after a short battle with cancer.  He was surrounded by his loving family at Essentia Hospital in Fargo during his final days and moments.

Jim (as everyone knew him) was born to Harry and Violet (Corke) Thompson on December 2, 1936, in Frazee, Minnesota.  He graduated from Frazee High School in 1954 and enlisted in the Navy in October of the same year.  While in the Navy, Jim served as a radarman and electronics technician, primarily on submarines.  After three years of active service, Jim came back to Minnesota, where he met Mary Alyce Pedersen at a dance held at the Spruce Grove Club near Frazee.  They married on January 17, 1959, and Jim spent the rest of his life as the most loving and faithful husband that any man could ever hope to be.

Jim’s life was defined by service.  He served his country in the Navy (1954–1962), he served his community as a Frazee School Board member (1984–1996), U.S. Postmaster in Detroit Lakes (1976–1999), and Erie Township Supervisor (2008–2017), but more than anything else, Jim served his family and friends.  Jim’s devotion to his family was unmatched.  Whether it was his familiar presence at sporting events and school programs for his children and grandchildren or trekking through brush and snow to stir up deer so his family could bag a big one, his love and dedication showed in every action.  He will also be remembered by all for his undying patience and gentleness, the astonishing breadth and depth of his knowledge and wisdom, his masterful skills as a builder and craftsman, his deep love for hunting, fishing, and the outdoors, and for his sense of humor which never failed to bring smiles and laughter.

Jim’s passions and his values live on in his surviving family:  his wife, Mary; his three children and their spouses, Nadine (Don), Gregory (Julie), and Michael (Lori); his seven grandchildren, Stephen, Katey, Megan, Trey, Blake, Brady, and Rowen; two brothers, Martin and Bob (Virginia); his brother-in-law, Merrill (Marlene); and a number of cousins, nephews, and nieces.  He is preceded in death by his parents and sister (Ruby), his brothers-in-law, Don and Ken, and his sisters-in-law, Barb, Jean, and Molly.

Visitation will be held at David-Donehower Funeral Home in Detroit Lakes from 5–7 p.m. on Sunday, November 12, with a prayer service to follow.  The funeral will take place at 2 p.m. on Monday, November 13, 2017 at Trinity Lutheran Church.  Interment will follow the funeral at Lakeside Cemetery, Frazee.  The family welcomes all who wish to celebrate Jim’s life.

To order memorial trees or send flowers to the family in memory of James Thompson, please visit our flower store.